Pavel Buchnevich, James Neal and Robert Thomas also scored for the Blues, who have gone 7-1-1 to open the season. Goaltender Joel Hofer made 23 saves and earned an assist while winning his NHL debut.

Blues forward Brayden Schenn sustained an upper-body injury in the first period and did not return to the game.

The Sharks once again played without head coach Bob Boughner and seven players due to COVID-19 protocols, including leading scorer Timo Meier and defenseman Erik Karlsson.

Burns converted on the five-on-three advantage with a blast from the left circle through a Nick Bonino screen at 7:13. However, the Blues tied the game 1-1 with Saad’s short-handed goal off on a two-on-one rush at the 10-minute mark. 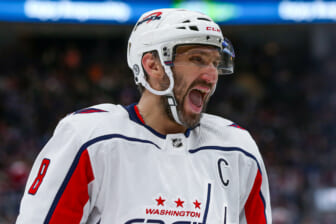 When the Blues got sloppy on a power play late in the first period, Couture broke out on consecutive two-on-one, short-handed rushes. He scored on the second to put the Sharks up 2-1 at 17:16.

The Blues tied the game 4:20 in the second period when Buchnevich converted Ivan Barbashev’s deft pass into the right circle. Just 29 seconds later, though, Nick Merkley deflected Mario Ferraro’s left point shot through Hofer to put the Sharks up 3-2.

Saad tied the game 3-3 at 8:09 of the second period with a wrist shot from the top of the left circle. Neal made it 4-3 by deflecting Jake Walman’s left point shot, then banging home the rebound at 11:42 of the middle period.

Thomas iced the game with an empty-net goal with a minute left to play.