St. John’s fights off Central Connecticut, pulls away to start 3-0 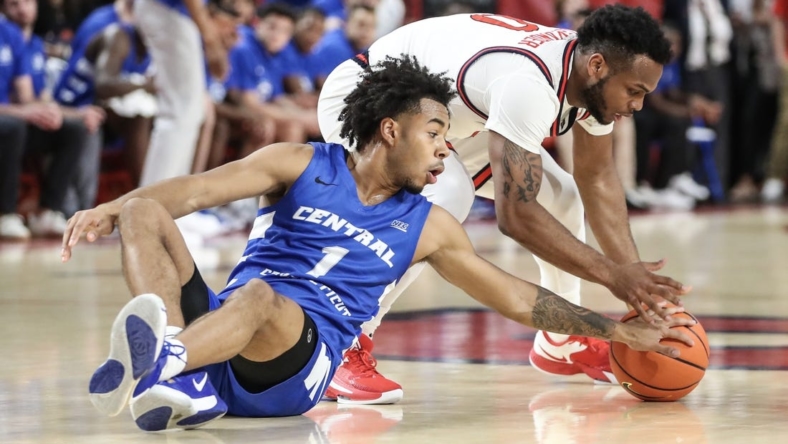 David Jones collected 17 points and 10 rebounds as host St. John’s shook off another slow start and pulled away for a 91-74 victory over Central Connecticut State Tuesday night in Queens, N.Y.

Jones made 7 of 14 shots after missing his first six field-goal attempts and scored 13 points in the second half when the Red Storm (3-0) took control similar to how they did after holding a two-point halftime lead over Lafayette on Saturday.

A.J. Storr hit four 3-pointers and added 16 for St. John’s, which outscored Central Connecticut 51-38 after a competitive opening half. Montez Mathis contributed 13 and Posh Alexander totaled 12 points, six assists and five rebounds as the Red Storm shot 60 percent in the second half and 55.1 percent overall.

Nigel Scantlebury scored 12 of his 16 in the opening half for the Blue Devils (0-3), which shot 53.8 percent in the opening half and 50.9 percent overall. Kellen Amos added 14 as Central Connecticut State made 10 of 27 3-pointers and got outscored 52-36 in the paint.

Central Connecticut made six of its first seven shots and opened a 16-9 lead on Andre Snoddy’s layup with 15:23 remaining. St. John’s later scored 11 straight points to take a 22-18 lead on a jumper by Dylan Addae-Wusu with 11:47 left but the Blue Devils responded by taking a 30-29 lead on a dunk by Amos with 6 1/2 minutes to go.

The Blue Devils again took the lead at 35-34 on Scantlebury’s open 3-pointer with 1:48 remaining after Joel Soriano and Jones each blew layups for St. John’s. The Red Storm ended the first half with a 40-36 edge when Alexander found Andre Curbelo for a reverse layup with nine seconds remaining and opened a 58-45 lead when Jones hit a layup to cap an 11-0 run with 12:08 left.

Jones then converted a putback layup and hit a 3-pointer to push the Red Storm’s advantage to 63-47 with 11:10 remaining. The Red Storm then finished it off when Addae-Wusu’s dunk extended the lead to 81-57 with 5:33 remaining.