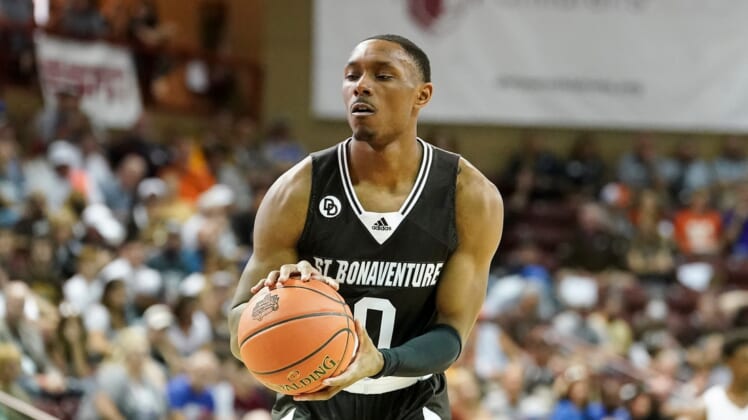 St. Bonaventure and Xavier will battle Tuesday night in the semifinals of the National Invitation Tournament in New York City for a spot in Thursday’s championship game.

Tuesday’s other semifinal will match Texas A&M and Washington State.

The Bonnies (23-9) will head to the Big Apple after beating Virginia 52-51 last Tuesday in the quarterfinals.

St. Bonaventure rallied from a five-point deficit in the final two minutes to beat the Cavaliers, taking the lead on two free throws by Kyle Lofton with 5.3 seconds remaining. Jaren Holmes, Dominick Welch and Osun Osunniyi paced St. Bonaventure with 10 points each.

It will mark the first appearance for the Bonnies in the NIT semifinals since 1977, when they won the event. St. Bonaventure earned its spot in this year’s semifinals with three road wins at Power 5 opponents over a one-week span, beating Colorado, Oklahoma and Virginia.

Bonnies coach Mark Schmidt said his team has been all in for a run through the NIT.

“If you told me that we would be here, going to Madison Square Garden, I wouldn’t have believed it,” he said. “But our guys believed and did what they needed to do.”

Xavier (21-13), one of the four second seeds in the tournament, defeated fourth-seeded Vanderbilt 75-73 last Tuesday to garner its spot in the NIT final four.

Xavier’s Adam Kunkel scored five of his 14 points in the final 2:01, including a tie-breaking layup with 57 seconds left. Zach Freemantle had 16 points and Colby Jones added 15.