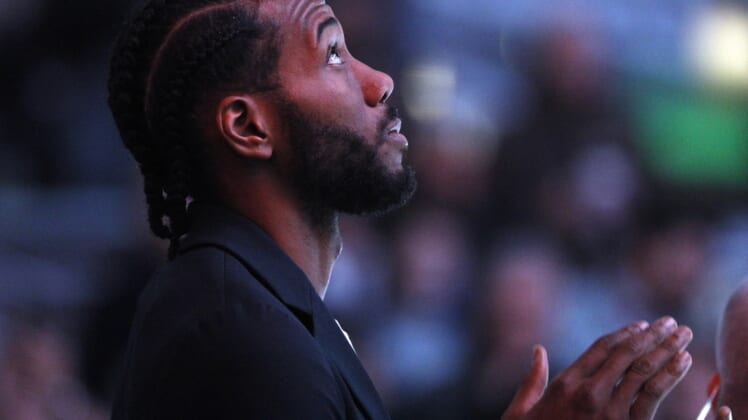 The Kawhi Leonard drama with his San Antonio Spurs might not be coming to an end any time soon. We know that there’s a major split between Leonard and the organization. It’s led to speculation that Leonard will in fact be traded this summer.

The backdrop here being what might be an irreparable relationship between Leonard and Gregg Popovich after the former All-NBA performer missed all but a couple handfuls of games this past season to a quad injury (more on that here).

Now comes this report from Kevin O’Connor of The Ringer suggesting that the Spurs might try to wait this thing out until they get a blockbuster offer for Leonard.

“I’ve heard from multiple NBA executives that San Antonio won’t settle for anything less than a grand-slam offer,” the NBA insider reported. “If offers were underwhelming around the draft and the start of free agency, the Spurs might opt to let the saga drag into training camp, or even into the season. Leonard could always rekindle his relationship with the team, or return to the floor and increase his trade value.”

Players of Leonard’s ilk rarely hit the trade market. So it makes a ton of sense that the Spurs wouldn’t want to settle on anything less than a “grand-slam” offer.

Then again, the quad injury that cost Leonard a vast majority of his 2017-18 season could very well be troublesome to other teams. In turn, that might limit the offers San Antonio receives.

Seen as the model NBA franchise prior to Golden State recently taking over that mantle, it would be shocking if the Spurs actually dragged this out into the 2018-19 season. Pop himself is not about that drama.