Spurs owner insists team not looking at move to Austin 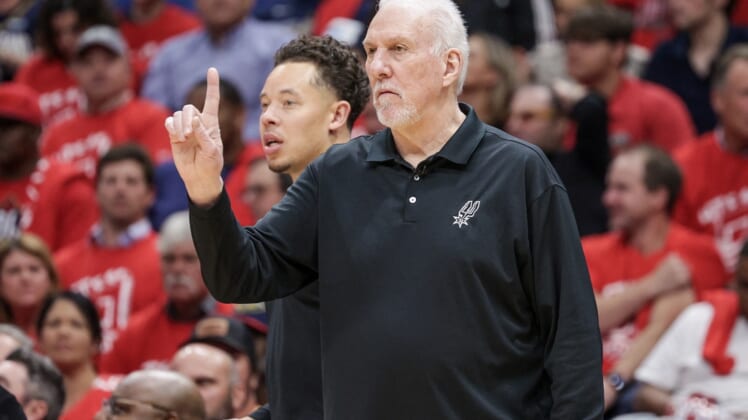 The games in Austin would be played at the brand new Moody Center and some viewed the Spurs’ plans as perhaps a test run. Bexar County officials raised concerns when the Spurs asked to play four games away from AT&T Center next season.

In addition to the two in Austin, San Antonio plans to play one game in Mexico and another in the Alamodome — the team’s former home from 1993-2002.

Holt expressed in his letter that moving the franchise 80 miles away to Austin is not an option.

A letter to San Antonio from Peter J. Holt pic.twitter.com/mj7k22Akoy

“I want to reassure you that the Spurs are in San Antonio to stay,” Holt said in the letter posted on Twitter.

Holt, who was raised in San Antonio, didn’t mention Austin in his letter.

“Your team, our team, together we are the silver and black,” Holt wrote. “Spurs fans — we are here to stay.”

The Spurs are San Antonio’s only major professional sports franchise.

The Moody Center will be home to the University of Texas basketball program as the city of Austin attempts to expand its sports branding. The city has a second-year MLS franchise after that league opted to place an expansion team in Austin and not San Antonio.

In addition, the WTA recently announced a tour stop in Austin, beginning in 2023.

The Spurs also have a G League affiliate in the city — the Austin Spurs.