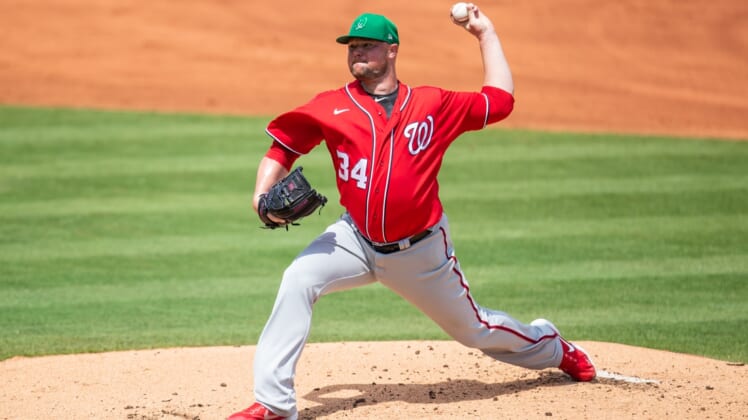 Jon Lester, just two weeks from having his parathyroid gland removed due to a medical condition, threw two innings Thursday in his spring debut as a member of the Washington Nationals.

Lester allowed a run on one hit and one walk while striking out two, and the Nationals went on to beat the New York Mets 3-1 in Port St. Lucie, Fla.

“I’d be lying to you if I said I wasn’t nervous,” Lester said after his outing. “I had the butterflies, which is always good. I’ve told people before, ‘If those butterflies go away, then it’s time for me to go home.’ So it was nice to feel those again.”

Ka’ai Tom went 2-for-4 with a home run as Oakland beat San Diego in Peoria, Ariz. Austin Allen and Vimael Machin added two hits apiece for the A’s, who had six pitchers combine on a four-hitter.