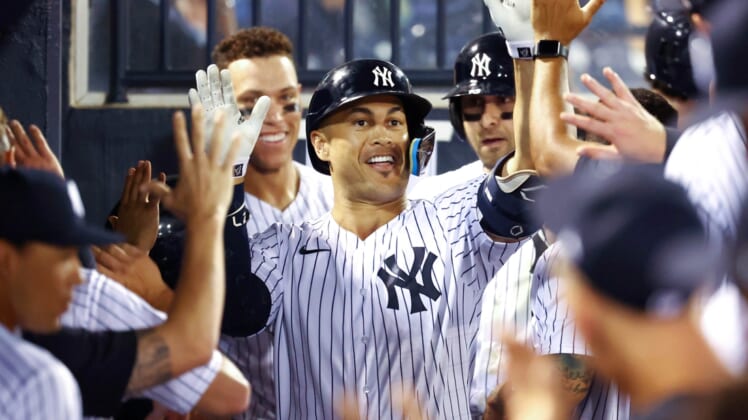 Justin Verlander, who has not pitched in a regular-season game since July 2020, had his second scoreless outing of the spring Wednesday as the Houston Astros defeated the St. Louis Cardinals 10-3 in West Palm Beach, Fla.

The two-time Cy Young winner, who is coming back from Tommy John surgery, was pulled after 2 2/3 innings after exceeding the team-imposed pitch count of 50 by one. Verlander threw two scoreless innings in his spring debut, also against the Cardinals, last week. Verlander is expected to get one more start before the end of spring training.

Houston’s Scott Schreiber had a three-run home run, and Yuli Gurriel and Pedro Leon also went deep for the Astros.

Ryan Kreidler hit a grand slam as Detroit rallied from a 5-1 deficit at Lakeland, Fla. Hunter Owen had a ninth-inning home run for Pittsburgh to force the tie.

Austin Riley hit two home runs and drove in three runs for and Trey Harris hit a game-tying, ninth-inning single as Atlanta rallied against Tampa Bay at North Port, Fla. Catchers Francisco Mejia and Joe Hudson had two hits apiece for the Rays, who have yet to win a game this spring.

Andy Weber’s two-run single in the seventh inning put Chicago ahead to stay against Oakland at Mesa, Ariz. Tony Kemp, Kevin Smith and Elvis Andrus each had two hits for the A’s.

Miguel Vargas hit a go-ahead, three-run home run in the second inning and six Los Angeles pitchers held Cleveland scoreless the rest of the way at Phoenix. Dodgers ace Clayton Kershaw had a rocky start, allowing two runs in 2 1/3 innings to boost his spring ERA to 7.36.

Giancarlo Stanton and Gleyber Torres each had two-run home runs for New York at Tampa, Fla., and DJ LeMahieu added a solo shot. Austin Hays had a single and a double for Baltimore.