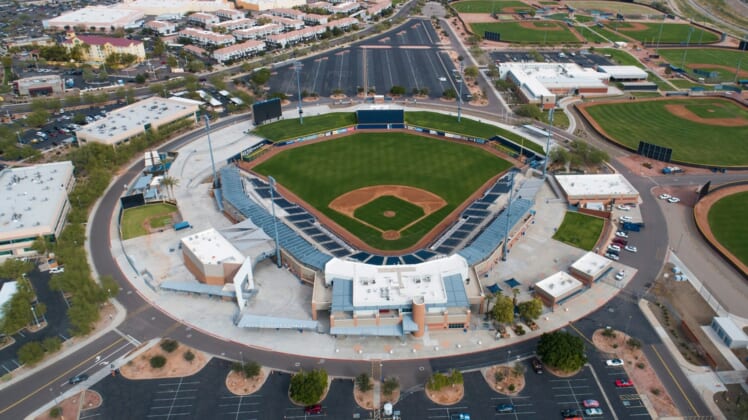 Now that the labor dispute is over, spring training games will start on March 17 under a revised schedule, Major League Baseball announced Friday.

The revised schedule calls for Cactus League clubs in Arizona to play a minimum of 17 or 18 games, according to MLB, during a 21-day window that concludes on April 6. Opening Day is April 7.

The start to spring training and Opening Day were delayed due to the lockout initiated by the owners in December. The two sides reached agreement on a five-year labor agreement Thursday.

“Looking forward, I could not be more excited about the future of our game,” MLB commissioner Rob Manfred said in a statement. “Our players are great athletes. I respect them and the input that we received from them during this process. With the new agreement, we can work with the players and fully seize the opportunity to make rule changes that are good for the game and baseball fans.”