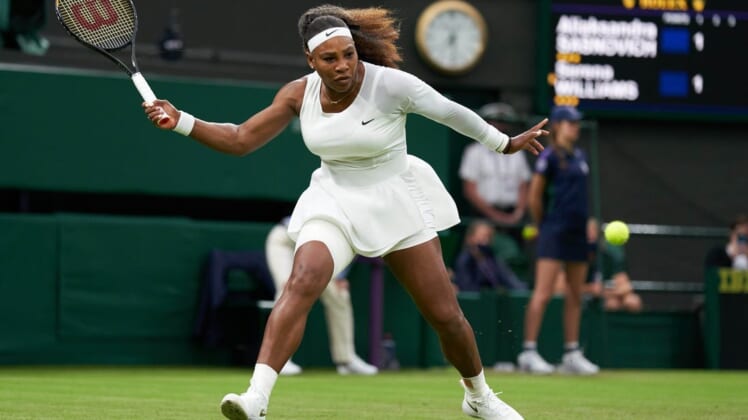 Serena Williams no longer rates as a slam dunk in tennis Grand Slams.

Williams, who has 23 Grand Slam titles and seven wins in women’s singles at Wimbledon, was installed Tuesday at +2300 odds with FanDuel to win at the All England Club.

Earlier in the day Williams was confirmed as one of six wild-card entries at Wimbledon, which begins June 27. She hasn’t played since being forced to retire mid-match at Wimbledon last year.

She returns to the court in doubles action at Eastbourne next week to knock off any rust accumulated by the 40-year-old in her 12 months away from competitive tennis.

Williams comes back to the women’s game without the threat of Australian Ash Barty, who retired and has since been dethroned as the World No. 1 by Iga Swiatek.

BetMGM doesn’t list odds for Williams within the Wimbledon futures market for women’s singles. Odds at the book favor Swiatek (+140) ahead of Osaka (+900) and Gauff (+1100).