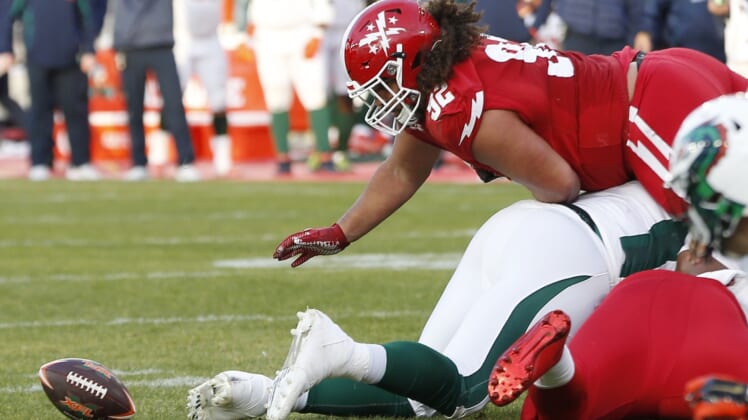 The Seattle Dragons and D.C. Defenders took the field Saturday for the long-awaited XFL debut, and it’s safe to say fans liked what they saw when Donnel Pumphrey was absolutely laid out on a massive, legal hit.

Here’s a look at the hit, which saw Pumphrey get hit with a serious double-whammy.

Many fans were ecstatic to see the kind of big hit the NFL used to be famous for, before science and the study of concussions (along with CTE) took center stage.

Here’s a sample of the reactions around social media.

Certainly, the hit Pumphrey took would have resulted in a 15-yard flag in the NFL. It’s just one way the XFL has decided to distance itself from the established league, which you can read more about here.