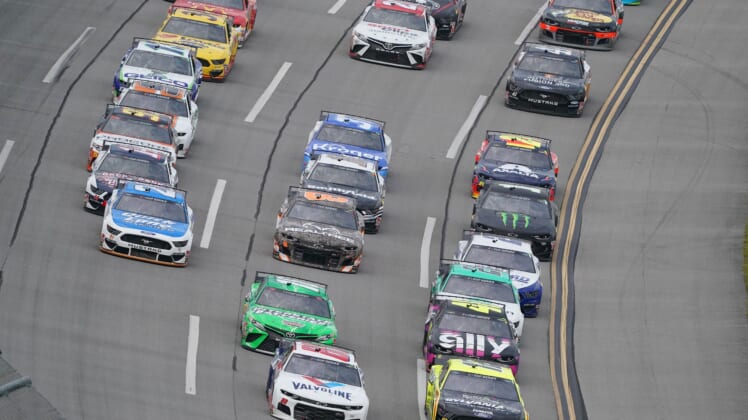 With many new eyes upon the sport of racing, NASCAR delivered a winner when Ryan Blaney beat Ricky Stenhouse Jr. by a nose in overtime at Talladega Monday night to win the GEICO 500.

The finish in overtime was absolutely thrilling, and of course it featured a wreck.

Earlier before the race, Bubba Wallace was honored by all his fellow racers in a touching scene.

He had been the victim of racism on Sunday, when someone hung a noose inside his garage at the track. While he was in it toward the end of the race, he ultimately finished in 14th place at Talladega. Then, he showed courage and shared a message for whomever put that noose in his garage the day before.

Because of NASCAR declaring war against racism in a meaningful way the past couple of weeks, many people who don’t normally follow racing have been tuning in. The finish Monday night, combined with so many people watching, made for some fine drama — both on television and on social media.

NASCAR took a stand. Now it’s the talk of the sports world. In the best possible way.