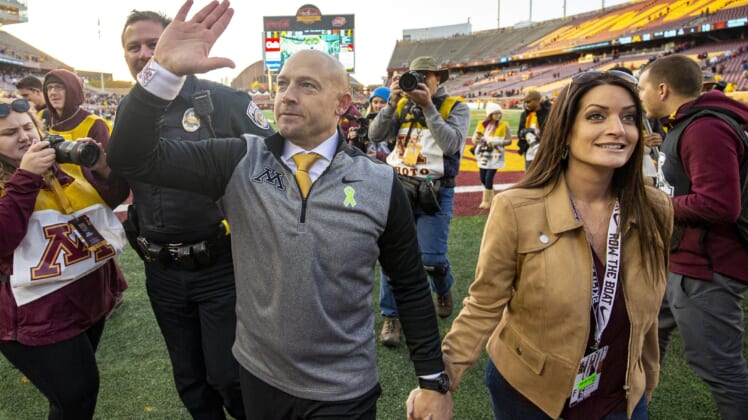 Saturday’s matchup between No. 4 Penn State and No. 17 Minnesota did not turn out the way most expected, as the Golden Gophers pulled off a stunning upset, 31-26.

Head coach P.J. Fleck got some incredible performances from stars on both sides of the field as the Gophers shocked the college football world.

Defensive back Antoine Winfield Jr. picked off Sean Clifford not once, but twice in the first half.

Wide receivers Rashod Bateman opened the game with a 66-yard touchdown, and then teammate Tyler Johnson one-upped him with an absurd one-handed touchdown reception.

Penn State made it a tense game late, pulling to within a score thanks in part to a huge mistake by the refs in this game. But then, with the game on the line, Minnesota’s defense once more came up with a huge interception in the red zone.

It was one of the most incredible games we’ve seen from any team this year, and the outcome will shake up the College Football Playoff rankings in a big way heading into Week 12.

As the upset unfolded, fans and analysts across the nation reveled in the madness.