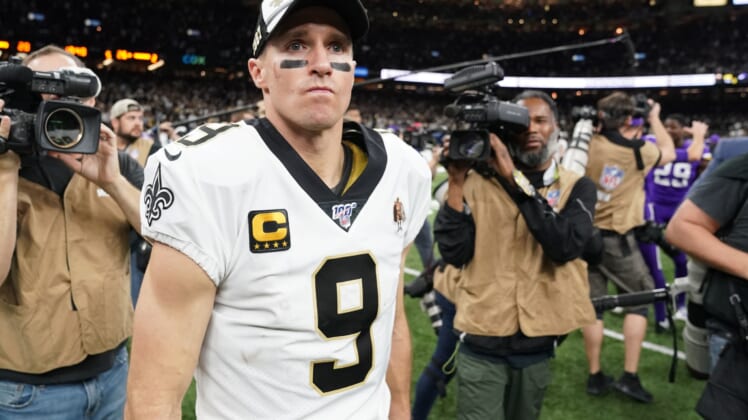 We could use some normalcy at this time. With the United States and the rest of the world dealing with the COVID-19 pandemic, things are different. Our lives have changed.

It’s happened only a handful of times in the recent history. The 9/11 terrorist attacks were a recent example of this nearly two decades ago.

More recently, the devastating Hurricane Katrina that battered the New Orleans area back in August of 2015 changed this country. We went from not understanding how this could happen to anger over how it all transpired.

In New Orleans, the Saints’ venue of the Superdome was turned into a shelter. Saints players that summer were in California at the time of the hurricane. They would not play in New Orleans at all during the 2015 season, only to return to the Superdome on Sept. 25 2016.

The scene was something else. Drew Brees had signed with the Saints mere months after Katrina, partly because he wanted to help rebuild the Bayou.

Week 3’s “Monday Night Football Game” between the Saints and division-rival Atlanta Falcons brought the city back to some normalcy.

It’s being re-aired Monday night on ESPN as part of the four-letter network giving sports fans their weekly fix of some of the greatest weekday NFL games in recent history.

New Orleans came out on top by the score of 23-3. Making his first home start as a member of the Saints, Brees outplayed Michael Vick in every possible way. It was something else to see live.

The sports world was all about ESPN airing the game Monday night. Here are the best reactions.