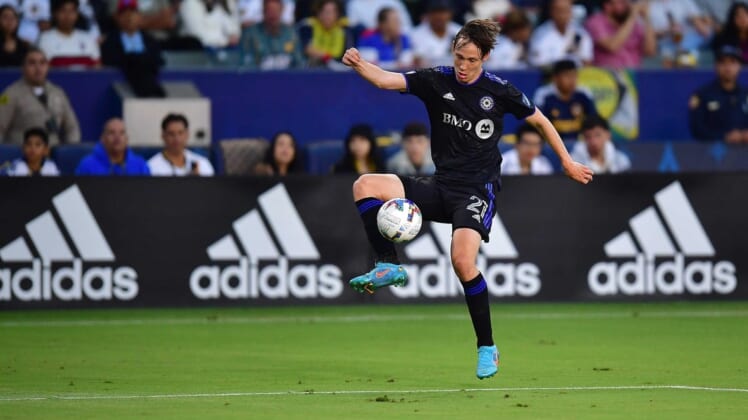 Sporting Kansas City find themselves in very unfamiliar territory: in last place in the MLS Western Conference, with the fewest points in the entire league.

Wasting time to figure out how they got there is not on manager Peter Vermes’ mind as he prepares his team to travel to Canada to face CF Montreal on Saturday evening.

Sporting KC (4-11-4, 16 points) have lost four of their last five matches, continuing a season-long slide. They have not shown the ability to come from behind. Kansas City has yet to gain a point when conceding the first goal this year.

Much has been made of the absence of two of SKC’s top offensive threats, striker Alan Pulido and midfielder Gadi Kinda, both of whom suffered season-ending knee injuries before the season began. But the rest of the squad has not stepped up.

Kansas City will add 22-year-old Nigerian forward William Agada and 27-year-old German midfielder Erik Thommy as soon as they clear the immigration protocol, but even that process has been unexpectedly delayed.

Vermes knows there is no sympathy in sports.

“Everybody who is available, which is not even the 20 guys we’re allowed on a gameday roster, will have to play,” Vermes said when asked how to handle the lack of healthy bodies. “Some guys are going to have to bear the brunt of it. In this window, we’re going to have to deal with reassessing at the end of each game.”

Montreal (9-7-2, 29 points) is in the thick of the Eastern Conference race. The club have been up and down recently, not having a winning or losing streak of more than three games since winning three straight from April 30-May 14.

In their last match, they fell 4-0 on the road against the Los Angeles Galaxy. Not satisfied with the result, they felt the lopsided score was not indicative of the match.

“I don’t think 4-0 was the right result,” midfielder Lassi Lappalainen said. “Of course, you can’t say anything with that result, but we had our chances, and it could’ve been a different game. We all gave what we had. They just scored on their chances, and we didn’t.”