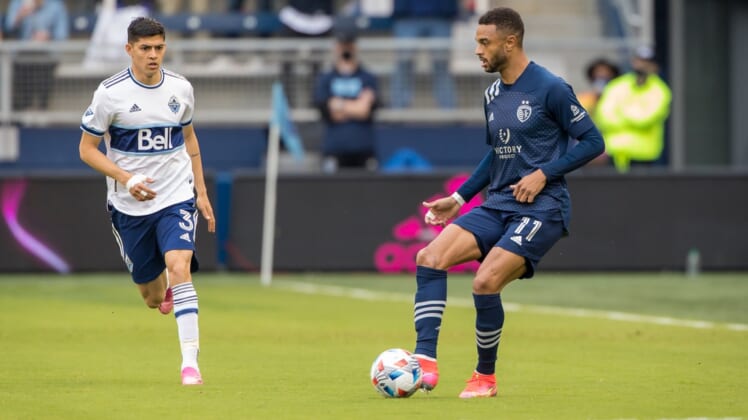 Alan Pulido’s two goals helped Sporting Kansas City to their best performance of the season, a 3-0 victory over the visiting Vancouver Whitecaps on Sunday. The three goals were the most Sporting KC has scored this season, and they also got their first shutout of the season.

Sporting KC (3-2-1, 10 points) dominated the possession and the pace for the whole match. SKC held a 67 percent to 33 percent advantage in possession, as well as a 27-9 edge in shots, including a 7-2 margin in shots on goal.

Vancouver (2-3-1, 7) never mounted much of a threat against the Sporting KC defense.

Kansas City didn’t sit back with a 2-0 lead in the second half. They kept on the attack, and their approach was rewarded when Pulido took a feed from Gadi Kinda and fired it past Vancouver keeper Maxime Crepeau in the 58th minute.

Sporting KC was on the attack from the outset. Vancouver didn’t own possession on the offensive side of midfield until more than 4 1/2 minutes had passed.

Kansas City held nearly three-fourths of the possessions through 25 minutes but had nothing to show for it. But Daniel Salloi finally made Vancouver pay in the 28th minute when he picked up a deflection in the box and fired it past Crepeau into the lower-right corner of the net.

Four minutes later, Salloi was taken down in the box by Ryan Raposo in a scuffle for the ball, resulting in a penalty kick. Pulido drove it past Crepeau for a 2-0 lead. 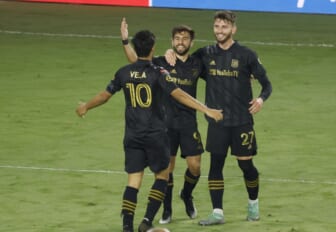 Sporting KC ended the half with a possession advantage of 66 percent to 34 percent. They parlayed that into an 11-3 advantage in shots.

SKC welcomed back goalkeeper Tim Melia, who saw his first action of the season after a chest injury.