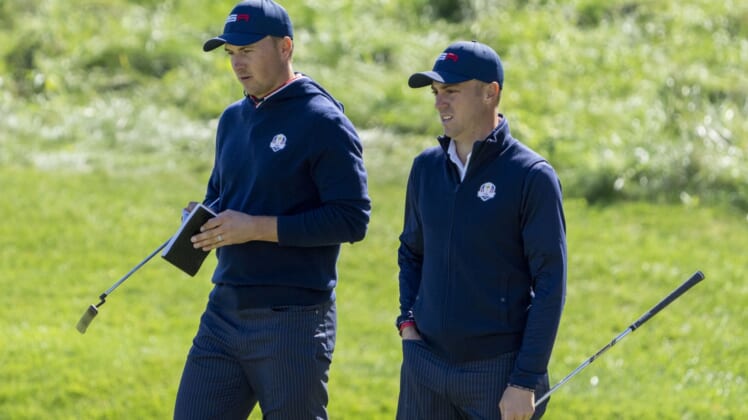 The 2021 Ryder Cup at Whistling Straits in Sheboygan, Wis., will kick off in fiery fashion when Jordan Spieth and Justin Thomas pair up for Team USA against two Spaniards, world No. 1 Jon Rahm and Ryder Cup vet Sergio Garcia, for Team Europe.

In Match 2, Dustin Johnson and Collin Morikawa — the Nos. 2 and 3 players in the world, respectively — will represent Team USA against England’s Paul Casey and Norway’s Viktor Hovland for Team Europe.

Brooks Koepka and Daniel Berger will pair up in Match 3 against two Englishmen for Team Europe, Lee Westwood and Matt Fitzpatrick. 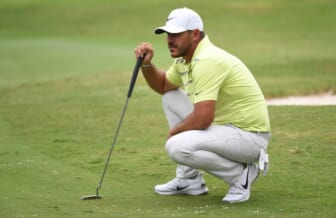 That leaves Bryson DeChambeau as one of the eight players who will kick off the Ryder Cup by cheering his teammates on from behind the ropes.

Most, if not all, of those players likely will get a turn in four-ball matches later Friday.

Spieth-Thomas vs. Rahm-Garcia is scheduled for 8:05 a.m. ET (7:05 a.m. local time). All four foursomes will tee off over the course of the hour.