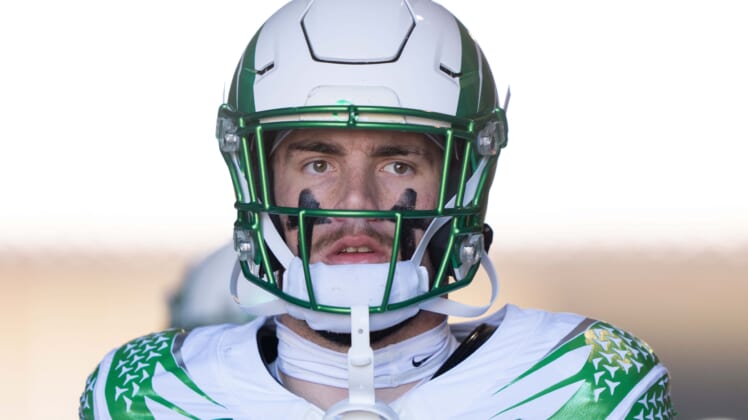 Oregon Ducks tight end Spencer Webb has died after a tragic accident at Triangle Lake in Eugene, just 25 miles from the University of Oregon campus.

Law enforcement responded to a call to the “rock slides” by the lake for an injured person. Upon arrival, they found Webb “approximately 100 yards down a steep trail.” Despite multiple efforts to revive him by both bystanders and medical personnel, Webb passed away.

According to The Sacramento Bee, the 22-year-old tight end slipped and fell from the rock as the result of a cliff-diving accident.

Webb, a four-star recruit by 247 Sports’ in 2018, enrolled at Oregon and saw immediate playing time in his freshman season. A Sacramento native from Christian Brothers High School, he played in all 14 games this past season for the Ducks.

Beloved by teammates, coaches and the community, the 6-foot-6 tight end chose Oregon over offers from the Oklahoma Sooners, Notre Dame Fighting Irish, Texas A&M Aggies and dozens of other programs.

He leaves behind an older brother, who The Sacramento Bee reports helped raise him during their childhood.