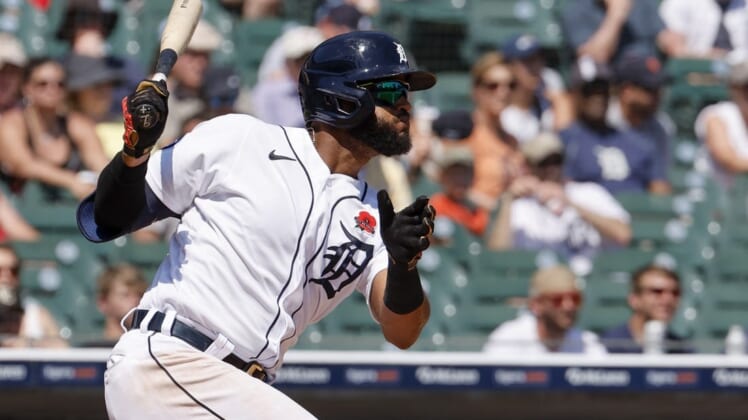 Spencer Torkelson had three hits and drove in the go-ahead run, Willi Castro drove in two runs and the host Detroit Tigers topped the Minnesota Twins 7-5 on Monday.

Jeimer Candelario had two hits, scored two runs and knocked in another, while Derek Hill blasted a solo homer for Detroit.

Detroit starter Beau Brieske gave up four runs and six hits in 5 2/3 innings. Joe Jimenez (2-0) pitched 1 1/3 innings of scoreless relief and got the win, while Gregory Soto recorded his ninth save.

Sanchez hit his fifth homer off a Brieske fastball to lead off the second. He deposited the 1-0 pitch over the left-center field wall.

Hill tied the score in the third with his first homer of the season. He ripped a 1-2 Bundy offering over the wall in left.

Minnesota made it 3-1 in the fourth. Urshela had a one-out single before Miranda blasted a 1-2 Brieske pitch for his second homer.

Detroit tied it again with three consecutive hits in the bottom of the inning. Candelario led off with a single and scored on Torkelson’s double. Castro brought in Torkelson with a single.

The Tigers took a 4-3 lead in the fifth. Jonathan Schoop had a one-out double and Candelario delivered a two-out RBI single.

Urshela tied it up in the next inning for Minnesota with his fifth homer off a 3-2 changeup from Brieske.

The Tigers regained the lead against Joe Smith (1-1) in the seventh. Schoop led off with a triple. One out later, he was tagged trying to score on a fielder’s choice but Candelario managed to reach second.

Torkelson then brought in Candelario with a single and moved to second on an error. He scored on Castro’s single to center.

Urshela’s RBI double in the eighth cut Detroit’s lead to 6-5. Javier Baez’s RBI single in the bottom of the inning gave the Tigers some breathing room.