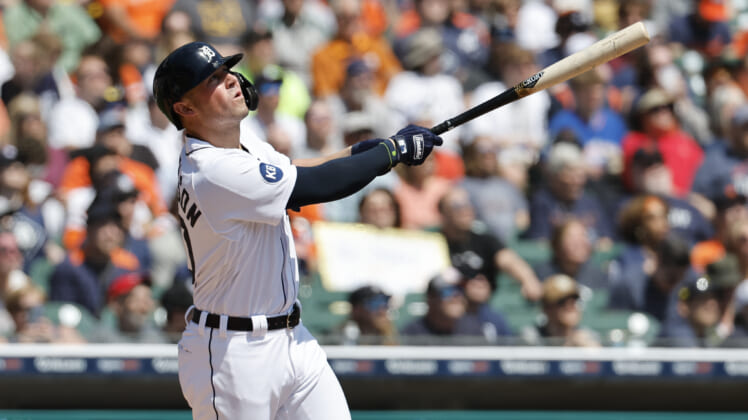 On the same day future Hall-of-Famer Miguel Cabrera notched his 3,000th career hit in the MLB, fans got to witness another future star for the Detroit Tigers. This time it was the No. 1 overall pick from the 2020 MLB Amateur Draft, with Spencer Torkelson providing some torque.

Batting sixth today in just his 13th career game in the majors, Torkelson managed to go 2-for-5, knocking in three RBI, thanks to a three-run home run in the first inning. Tork got the scoring started and it never stopped for the Tigers, leading to a total of 13 runs scored on the day, as the Tigers shut out the Colorado Rockies.

Spencer Torkelson making a name for himself at every level

It was impressive enough for Torkelson to make the Opening Day roster for the Tigers squad to start the year, but he’s mashed at every level of competition. We probably shouldn’t be surprised that he’s already hit three home runs across 47 plate appearances.

Torkelson came into the year with plenty of fanfare, ranking as the No. 4 prospect in baseball according to MLB.com’s top-100 list, and even though his position isn’t defined yet, whether it’s at first or third base, his bat is ready for the big leagues. Based on his first 13 games, this 22-year-old ballplayer has what it takes to be among the best, giving him a strong chance to win AL Rookie of the Year.

This kid’s going to be a star and he may already be one. Not a bad time to be a Tigers fan.