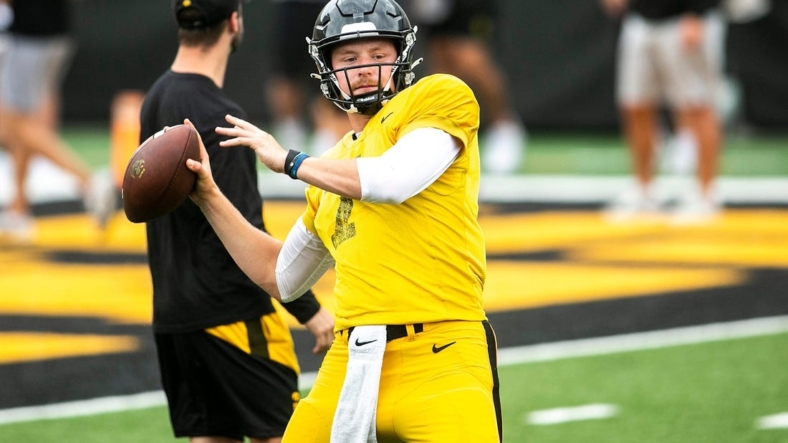 Spencer Petras will be the starting quarterback when Iowa opens the season against visiting South Dakota State on Saturday.

“It’s a long evaluation and we evaluate everything about our guys, starting in January,” Hawkeyes coach Kirk Ferentz said Tuesday. “Both Spencer and Alex are both quality guys. But just the time on the field, I think Spencer has outperformed Alex a little bit at this point. I think he’s further ahead and gives us a better chance to be successful.”

“I’m excited to get out there,” Petras told reporters. “With experience, everything gets better. I’m really happy with how I’m throwing the ball right now. … The mental side of it gets easier as you go.”

Ferentz said he wouldn’t hesitate to use both quarterbacks.

“I think we have two quarterbacks that are better than they were a year ago,” Ferentz said. “Right now, we just got to try to support those guys, try to build a good team around them.”