SPECIAL REPORT: Tackling CTE – What We Know Now and What We Don’t 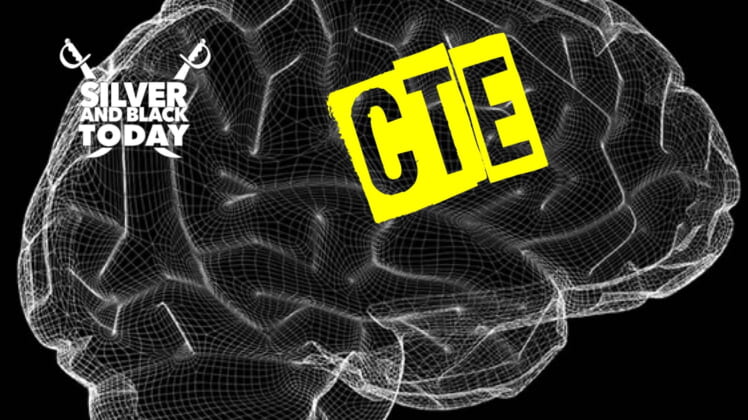 One of the nation’s top researchers on the causes for Chronic Traumatic Encephalopathy (CTE) joined us last weekend on Silver and Black Today on CBS Sports Radio 1140-AM with the latest on this serious disease, which was found to have been present in Oakland Raiders Hall of Famer Ken Stabler.

For many football fans, the first they really heard of Chronic Traumatic Encephalopathy (CTE) was upon the release of the blockbuster Will Smith movie Concussion in 2015. The movie explored the groundbreaking work of forensic pathologist Dr. Bennet Omalu, who is most widely credited with discovering the disease and its neurological deterioration, which mirrors Alzheimer’s disease. Omalu discovered CTE while he was conducting an autopsy on former NFL player Mike Webster, who had committed suicide. Despite the film’s critical treatment of how the NFL handled the incident, including an alleged effort to discredit and even threaten Dr. Omalu, others began to study the disease and worked to discover its causes and how football could improve safety to protect the men and boys who play it.

One of the top institutions leading the way in researching and studying CTE is Boston University. Under the leadership of Dr. Ann McKee, the Boston University CTE Center has been studying donated brains of former football players to see how prevalent the condition is among the men who play the game America loves more than any other.

Dr. Michael Alosco is an assistant professor of Neurology at Boston University working on CTE at the center. He conducts clinical interviews with families and caregivers of deceased CTE sufferers who have donated their brains for study. He uses this history to study risk factors and the correlations of CTE and other neurodegenerative diseases. He’s also part of the groundbreaking work being done at the center to identify genetic markers that might be able to help doctors detect CTE while subjects are still alive.

But for those of us without a Ph.D. in psychology, or are not medical doctors, what exactly is CTE?

“It’s a degenerative brain disease, similar to Alzheimer’s but very distinct in many ways,” Alosco said. “It’s characterized by an abnormal folding of a protein called tau in the brain and that impacts various parts of the brain that are responsible for things like memory, mood, and behavior. We don’t know the exact cause of CTE but we have found it only in individuals who have had exposure to repetitive head impact.”

Raiders great Ken Stabler was found to have CTE after his brain was donated after his death due from cancer.

Raiders great Ken Stabler, who died from cancer in 2015, was diagnosed post-autopsy with CTE and donated his brain to the BU CTE Center. Stabler was dogged by a lack of sleep, severe headaches, disorientation and forgetfulness after his career ended.

Alosco pointed out that those repetitive head impacts were not just multiple concussions or distinct singular or multiple injuries. The key here is the word repetitive.

“What I’m really talking about is these tiny hits to the head that people like tackle football players experience on every down and every practice throughout all the years of playing,” Alosco said. “These hits that might not result in symptoms right away, but we think it results in some type of injury to the brain at the time.”

Hence, the issue for the men who play football.

To be clear: Dr. Alosco and his fellow researchers are not anti-football. They’re not calling for an end to the game or for anyone to stop playing. They are only working to understand what causes it and ways to mitigate the risk for those who do play. There’s no denying the issue is prevalent among former NFL and professional football players. We’ve also seen the possible impact of CTE on college football players as well.

Just this week, Sports Illustrated ran a sobering story on the suicide of Washington State quarterback Tyler Hilinksi. Hilinksi’s family donated the 21-year old’s brain to the Mayo Clinic, which studied it for signs of CTE.

The results were disturbing.

Hikinski’s brain was found to have CTE and was the brain of what researchers usually see in a 65-year old. Although Hilinski’s parents have not said CTE was the cause of his suicide, the fact he was found to have the disease will help researchers explore many aspects of what did happen and how it impacted his mental state.

It’s about how can we make playing football safer. We all know that playing team sports, including football, comes with benefits. It comes with developmental benefits, athletic benefits and is associated with a lot of different skills. But we want to make sure it’s safe at the same time.

In April 2018, Alosco and the BU CTE Center released a study that caught the eye of many and perhaps put a scope on just how prevalent CTE might be – at least among pro football players. The study, which included the donated brains of 246 football players, was published in the Annals of Neurology. The study found CTE in 211 of the subjects brain matter– a staggering number, to be certain.

Hilinksi’s family donated his brain and it was found to have CTE.

“It is a staggering number,” Alosco said. “It builds on their study of last summer – from July – in JAMA (Journal of American Medical Association), which found it in 177 of 202 tackle football players. It is really concerning, and it does raise a lot of questions, and it also raises awareness, as well.”

Despite those disturbing numbers, Alosco reminds people that those who donate their brains to the BU CTE Brain Bank are also more likely to have the disease.

Still, the incidents and the new focus on injury protocol and safety show that not only is the medical field taking it seriously, but also players, parents of kids in youth football and even the NFL are doing what they can to mitigate the risks.

The NFL revised its concussion protocol in 2017 to focus even more on protecting its players, but that might not be enough. That’s not the NFL’s fault, by the way, because the game of football may just be inherently part of the cause of the disease. That determination has not been made, but as Alosco said, repeated “tiny” hits to the head over the course of a career or a lifetime may be unavoidable no matter how rules are changed and new protocols rolled out.

One of the biggest concerns regarding CTE is when it starts. For example, is allowing kids younger than 12 to play tackle football helping to contribute to its prevalence? Because the research is only done on the brains of subjects who have already died, how it develops in younger brains is an unknown but a focus for the future for the BU CTE Center.

“We’ve seen it really range from people in their 20’s all the way up to the 90’s,” Alosco said. “It’s really different across the board (on when symptoms start) but one of the significant questions, especially for those who we see symptoms in that are younger, is what are those symptoms exactly due to. Is it due to CTE? Or is it due to other factors? Those are things we’re trying to tease apart.”

Even though researchers aren’t sure when CTE starts, there is a concern with youth tackle football and the danger for kids – especially under the age of 12. BU’s stud in April found that “participation in youth football before age 12 increased the risk of problems with behavioral regulation, apathy and executive functioning by two-fold and increased the risk of clinically elevated depression scores by three-fold.”

“This study adds to growing research suggesting that incurring repeated head impacts through tackle football before the age of 12 can lead to a greater risk for short- and long-term neurological consequences,” said Alosco.

In studies at Boston University’s CTE Center, the risks of youth’s under 12 having long-term cognitive or brain issues are increased playing tackle football.

Alosco also said that the younger kids start playing tackle football, the worse cognitive problems and brain problems they will face when they are older. That finding has been repeated in study after study by others as well.

Alosco says that 12 is not a magic number – as other factors may come into play. Still, Alosco and his colleagues are trying to limit the exposure of kids during peak brain development, where they are more susceptible to brain injury.

That’s enough information to make any parent think seriously if the risk is worth it for kids under 12.

Despite the grim numbers and lack of an exact cause of this terrible disease, like the NFL and its teams, Alosco is focused on helping to make the game safer no matter what age someone plays it. Even though he and his colleagues see the raving effects of the game on men who played it, they are not anti-football and are not calling for the game to be abolished.

“It’s about how can we make playing football safer,” Alosco said. “We all know that playing team sports, including football, comes with benefits. It comes with developmental benefits, athletic benefits and is associated with a lot of different skills. But we want to make sure it’s safe at the same time.”

Alosco mentioned safety-first campaigns like USA Football’s Heads Up program (which the Raiders recently sponsored and paid for all local high school football coaches to attend in Las Vegas and Oakland), and the Concussion Legacy Foundation, which advocates delaying the start of tackle football until kids reach high school. Alosco agrees with many in the field that flag football is the best options for kids to learn the game, benefit from team sports, without risking serious injury.

When it comes to college and professional football, he’s less certain on ways that would limit the risk of CTE and other head injuries.

“Hitting and repetitive hitting is inherent to the nature of the game so it’s hard to think of how you would stop that,” Alosco said. “In other sports like soccer, there’s been modifications to help limit injuries (heading the ball). The difficult question – and I don’t know that helmet modification is the answer – because helmets are designed to prevent things like a skull fracture. When we’re talking about concussions or these tiny hits, we’re talking about the brain moving with inside the skull so ho you stop that with a helmet, I’m not sure you can.”

The NFL, to its credit, but to the chagrin of fans of hard hits and “old-school” football, has made rules changes to enforce rules that limit helmet-to-helmet contact. They might not be popular with some, but they are necessary for a game that needs to evolve to protect the men who play it.

We might be making progress to better understand CTE, its causes, and ways to protect players as much as possible, but it’s still early, Progress is progress, but there are miles to go before we can truly make football safer for all who play it. Particularly helping to identify CTE in the living so more can be learned and perhaps ways to treat the disease become available.

“There’s an ongoing seven-year study looking at living former NFL players and living former college players,” Alosco said. “There getting cognitive tests, memory tests, scans of the brain and the really the goal of that study is to develop specific markers that can be used to detect and diagnose CTE during life.”

Until we know, we all must strive to make the game safer at all levels.