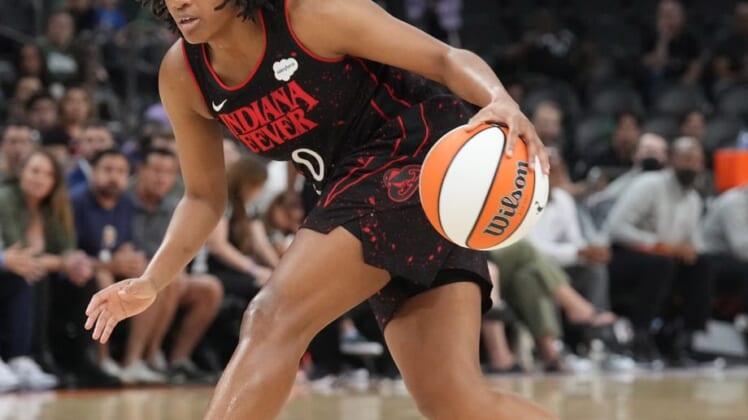 That has them stuck in a six-team logjam for the final three playoff spots with a month left in the WNBA regular season.

The Sparks (10-14) hope to get back on the right track when they host the league-worst Indiana Fever on Tuesday night.

Los Angeles welcomed back All-Star forward Nneka Ogwumike after a one-game absence due to a non-COVID illness, but dropped an 80-68 decision to the visiting Chicago Sky on Thursday night.

Ogwumike had 16 points and eight rebounds and her sister, Chiney, had 14 points and 13 rebounds as Los Angeles played without starting center Liz Cambage, who entered the health and safety protocol Thursday afternoon.

The Sparks led the defending champion Sky 17-16 after the first quarter, but got outscored 21-11 in the second quarter and 31-20 in the third.

“The whole game we had great defense,” Sparks guard Jordin Canada said, “but the second quarter is what got us and a little bit in the third.”

The Fever (5-22) have lost nine in a row after an 81-65 defeat at Seattle on Sunday. They trailed by just seven points after three quarters despite scoring just 48 points, but were outscored 26-17 in the fourth quarter.

“I looked at it as a missed opportunity because I felt like we had some good cracks at it, some good looks that just didn’t go down,” Indiana interim coach Carlos Knox said.

“I think that hurt us,” Knox said. “It kind of slowed down our momentum from the jump, but we have to really understand what it takes to guard at this level without fouling.”