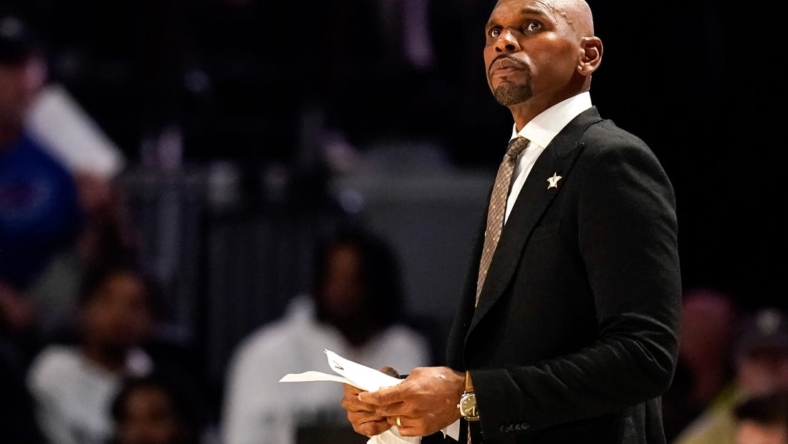 Felipe Haase’s 14 points and Austin Crowley’s 13 points were enough offense as Southern Miss relied on defense for much of the game in turning aside host Vanderbilt 60-48 on Friday night in Nashville, Tenn.

DeAndre Pinckney added 11 points and 11 rebounds and Neftali Alvarez had a key second-half stretch. The Golden Eagles won despite shooting only 34.9 percent from the field and making just five of their 24 launches from 3-point territory.

Jordan Wright tallied 12 points off the bench for Vanderbilt (0-2), which began the season with a loss to Memphis earlier in the week.

Vanderbilt shot 32.8 percent from the field and committed 15 turnovers.

The Commodores went scoreless for the final 3:52 after closing within 51-48 on Quentin Millora-Brown’s three-point play.

Crowley’s 3-pointer with 1:39 to play broke a scoring drought for both teams. It was all free throws the rest of the way for the Golden Eagles.

Haase had four of the five 3-point baskets for Southern Miss.

Millora-Brown ended up with nine points for Vanderbilt, also off the bench. Teammate Colin Smith had nine points and 10 rebounds and Myles Stute grabbed 11 rebounds.

But keyed by two baskets from Alvarez, the Golden Eagles responded and went up by 46-39.

Southern Miss led 29-25 at halftime. The defense got the job done as Vanderbilt went just 11 for 32, including 2 for 14 on 3s. From the starting unit, the Commodores shot 6 for 15 from the floor.

A seven-point margin for Southern Miss was the largest lead of the opening half.

For the game, Southern Miss was charged with only nine turnovers.