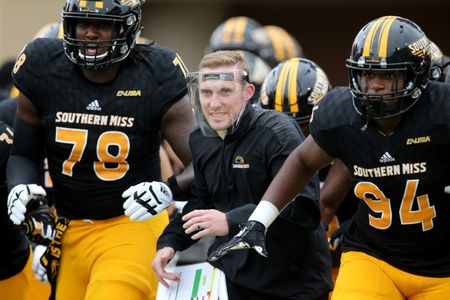 The school said Walden is in self-isolation at home and will take a PCR test (Polymerase Chain Reaction) on Wednesday.

“Earlier this morning I tested positive for COVID-19,” Walden said in a statement. “I am fine and have mild to no symptoms. I am quarantining back home until it is safe to rejoin the team. I want to thank Golden Eagle Nation for all of their support for our program during this difficult period. I want to thank our players and staff for continuing to be incredibly resilient during such an unstable time.

“Our team will continue to work diligently in preparation for our game this Saturday against Liberty.”

Neither game has been rescheduled.