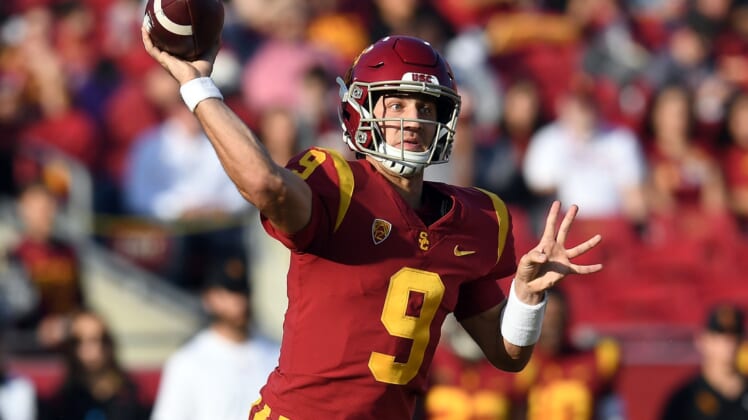 The move comes in the aftermath of Lincoln Riley being named the Trojans’ new coach last month.

Slovis passed for 2,153 yards with 11 touchdowns and eight interceptions this past season in nine games. Overall, he has completed 68.4 percent of his passes for 7,576 yards with 58 TDs against 24 INTs in 27 games.

Slovis joins a host of QBs who are in the portal for 2022 — Spencer Rattler, Bo Nix, Dillon Gabriel, Adrian Martinez, Myles Brennan, Harrison Bailey, Max Johnson and Jack Plummer among them.

Class of 2023 5-star QB Malachi Nelson switched his verbal commitment from Oklahoma and will follow Riley to USC.