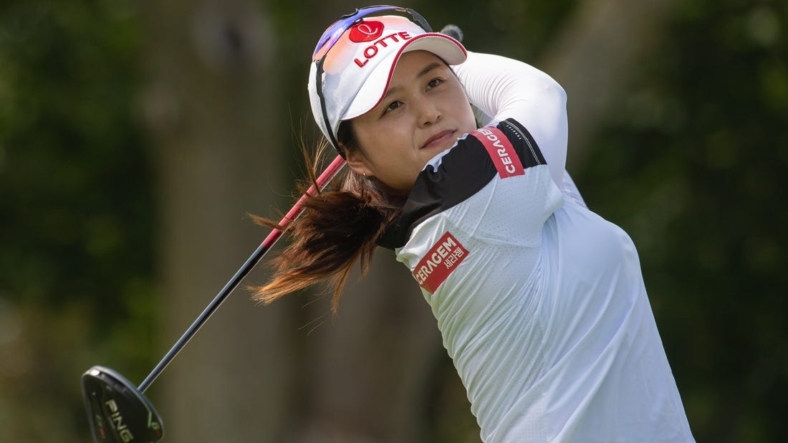 Rookies Hye-Jin Choi and Na Rin An of South Korea sit tied atop the leaderboard with a one-shot lead after three rounds of the CP Women’s Open in Ottawa, Ontario, on Saturday.

Choi fired a 66 while An shot 68 at the Ottawa Hunt and Golf Club. The pair stand at 16-under-par 197 heading into the final round.

Players had to finish the second round Saturday morning, after play was halted Friday due to darkness.

Paula Reto (67) is one shot back in solo third. Nelly Korda (68) and Sarah Schmelzel sit tied for fourth at 14 under, two shots back. Schmelzel shot 66 to vault 47 spots up the leaderboard.

Three players, including Danielle Kang, are four shots back in a tie for sixth at 12 under.

Choi opened with a bogey on her first hole but then recorded six birdies the rest of the way for her 66.

“Early on today though, it was a bit shaky with the shot not feeling well, but in the latter half of the round, the same feeling when I was hitting well came back,” Choi said. “Shots felt comfortable and I putted with more confidence and that led to a good result.”

An birdied three of her first six holes and carded a birdie and bogey on the back nine.

“In general, I didn’t like my play today as much as I did yesterday and two days ago,” An said. “But I think not making any big mistakes is a positive to take away.”

Schmelzel had a chaotic round, carding seven birdies against three bogeys.

“Started off a little nervous, but fortunately had a really long one going on 1 being, had another one on 2,” Schmelzel said. “I told my caddie on the fairway on 4, I’m pretty nervous right now, and he just kind of calmed me down. From then he just said, it’s not over until it’s over. Even if I made a bogey, I felt like I could birdie the next hole, which I kind of went back and forth a bunch on the back nine doing that.”

Kang is playing in her first event since June after undergoing treatment for a tumor on her spine.

A win by either An or Choi would mark the fourth LPGA Tour rookie to win this season.