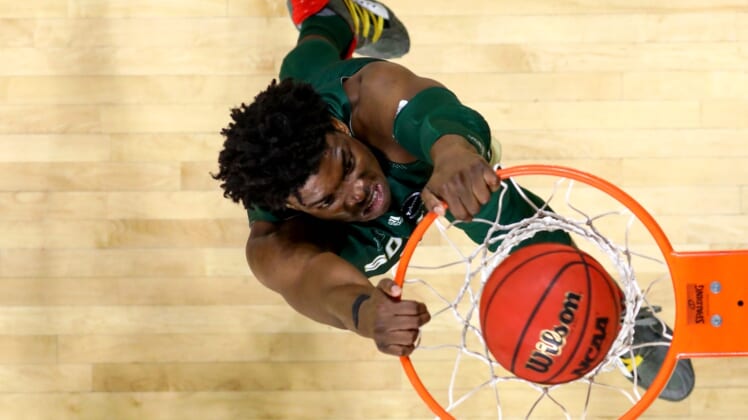 South Florida officials confirmed Thursday that a member of the Bulls’ coaching staff has been placed on administrative leave as they investigate “troubling concerns.”

While the school statement did not identify the coach or elaborate on the concerns, DraftKings Nation reported that the school was investigating multiple “racially charged” comments allegedly made by Tom Herrion, the associate head coach.

The Tampa Bay Times reported that officials met with the team Thursday afternoon.

“We are aware of troubling concerns that have been reported involving a member of our men’s basketball coaching staff,” a statement released by the school said. “We take these matters very seriously. An independent review is ongoing and the involved staff member has been placed on administrative leave pending the outcome of that review. We will have no further comment until that process is complete.”

Herrion, 53, formerly was the head coach at Marshall (2010-14) and College of Charleston (2002-06) and had a career 147-105 record. He also was an assistant coach at Virginia and Providence under Pete Gillen and at Pittsburgh under Jamie Dixon.

DraftKings reported that Gregory also is under investigation for failing to discipline the coach or report his alleged actions to the university.

According to VerbalCommits.com, six USF players — all of them Black — are in the transfer portal. A seventh player, backup forward Luke Anderson, transferred to the College of Southern Idaho. Anderson is White.

Among those in the portal are redshirt junior Alexis Yetna, the Bulls’ second-leading scorer in the 2020-21 season (9.5 points per game). He was the freshman of the year in the American Athletic Conference in 2019.