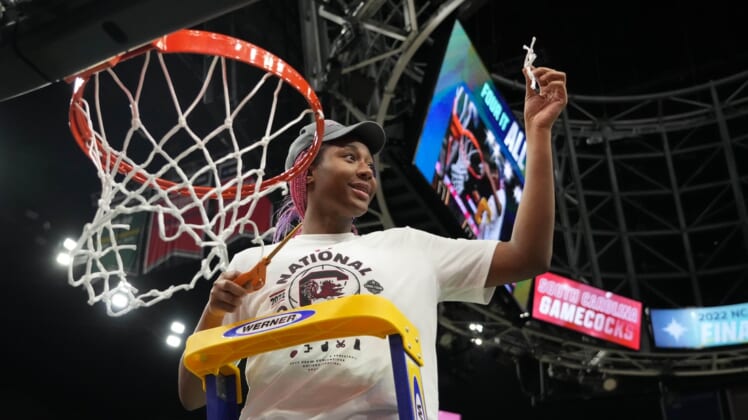 The latest honor for Boston comes one day after South Carolina defeated UConn 64-49 to win the national championship.

Boston is the second South Carolina player to win the Wooden Award. The first was A’ja Wilson in the 2017-18 season.

“This is amazing,” Boston said on ESPN’s SportsCenter. “People dream of winning this. For me to be able to do it this year, it’s like wow.”

After winning the National Championship, Aliyah Boston of South Carolina is the winner of the 2022 John R. Wooden Award Women's Player of the Year presented by Wendy's! @Wendys @aa_boston @GamecockWBB @LAAC pic.twitter.com/T2iF6Db7zk

Boston led the nation with 30 double-doubles and averaged 16.8 points and 12.5 rebounds in 37 games.