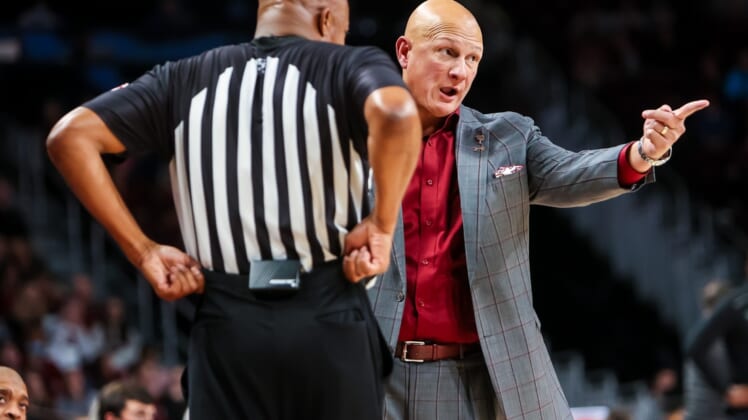 Chico Carter Jr. tallied 16 of his 20 points in South Carolina’s sizzling 61-point first half as the Gamecocks topped visiting Army 105-75 on Wednesday afternoon at Columbia, S.C.

Devin Carter returned from COVID protocol and collected a career-high 22 points on 8-of-13 shooting with three steals.

After producing just four assists in Saturday’s loss to Clemson, the Gamecocks dished out 16 of them Wednesday and shot 58.6 percent from the field and 8 of 15 (53.3 percent) from distance.

In a fast-paced start, Caldwell’s short basket 2 1/2 minutes into the game put Army up 10-7. Chico Carter Jr. – who had 21 points off the bench Saturday against Clemson – was injured on the play and limped off the court.

The Black Knights led 21-13 after a 6-0 run, but the shooting of Stevenson and Devin Carter sparked a 12-0 run for South Carolina and pushed the Gamecocks to their first lead at 23-21 with 12:15 remaining in the first half.

The Gamecocks stayed hot from the floor – connecting on 12 of 13 shots in one first-half stretch — and widening their lead to 61-43 at halftime by scoring 23 points off 12 early Army turnovers.

In its most productive half this season, South Carolina shot 66.7 percent from the field and drilled 6 of 9 from 3-point range.

While Chico Carter Jr. returned from his injury to score 16 in the first half, Devin Carter added 13, while Stevenson scored 11.