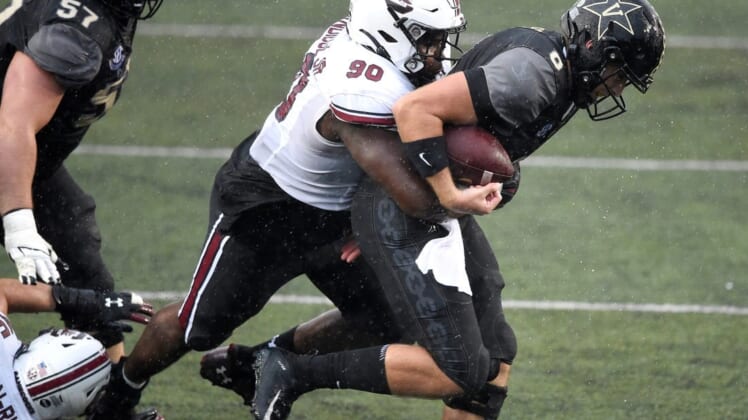 A coveted four-star recruit in the Class of 2018, Sandidge played 34 games for the Gamecocks from 2018-20. The North Carolina native missed the 2021 season after having injuring his ankle on the opening day of summer camp.

“It is with great sadness that I must announce my retirement from the game of football due to injury,” Sandidge tweeted Thursday. “From Little League to the SEC, football has held a very special place in my heart and always will. … I plan to continue my football career by beginning to work as (a) recruiter with the University of South Carolina.”

Sandidge would have been entering his redshirt senior season. Coach Shane Beamer confirmed Wednesday that Sandidge would remain part of the team in a non-playing role.

His career ends with 30 tackles, including four for loss, and 1.5 sacks.