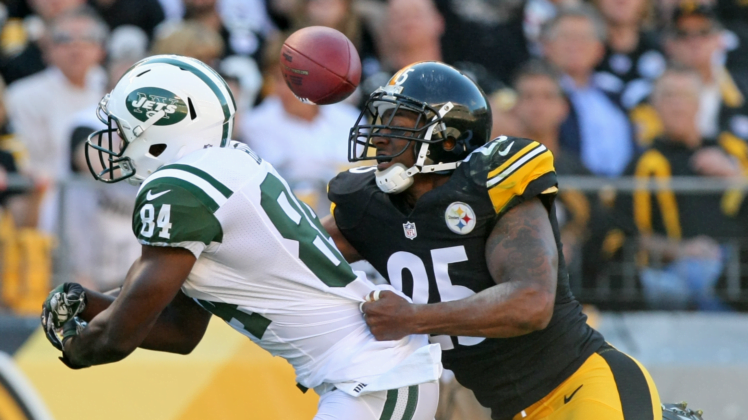 It’s no secret that New York Jets wide receiver Stephen Hill is on the outs with head coach Rex Ryan. The former second-round pick has tallied just 45 receptions for 594 yards and four scores in two seasons in the NFL.

Multiple sources have indicated to us that the Jets have been checking to see what the young receiver might bring them in a trade. The Seattle Seahawks and New York Giants are currently expressing the most interest at this point. In addition to that, I hear that the San Francisco 49ers and Cleveland Browns have also spoken with Jets general manager John Idzik.

It may seem foolish to give up on a young receiver, but it’s important to note that Hill was not Idzik’s pick and the receiver has fallen out of favor with Ryan. According to Pro Football Focus (subscription required), Hill played in just an average of 38.3 snaps per game last season. In addition to that, Hill caught just 45.3 percent of the passes thrown in his direction and dropped six of his 46 targets.

At 6’4″ and 215 pounds, Hill is a huge target and still possesses a tremendous amount of upside. Seattle and San Francisco have been reported to be looking for a big-bodied wide receiver in the draft. Acquiring Hill for what is likely a mid-to-late round pick might seem like a better option for these two contending teams. Meanwhile, the Giants lost Hakeem Nicks to the Indianapolis Colts in free agency.

Cleveland seems to be the most intriguing option. It has a true No. 1 in Josh Gordon, but could use a big target for whoever is under center. In any event, Hill is unlikely to yield more than a day-three pick.