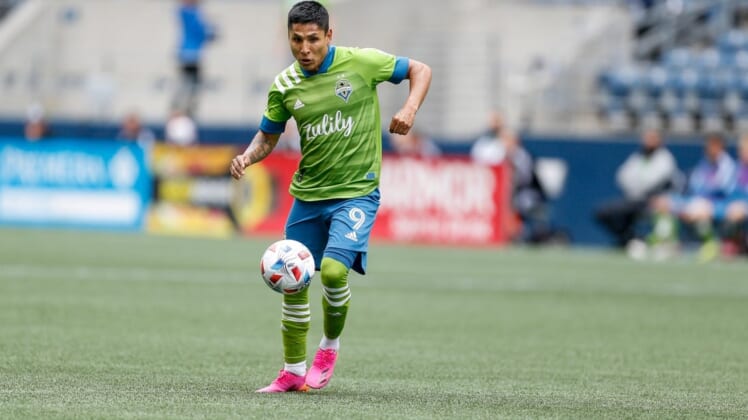 With 10 games remaining in the regular season, the Seattle Sounders find themselves in an unfamiliar spot – below the playoff line in MLS’ Western Conference.

The Sounders (10-12-2, 32 points) entered the weekend just one point back of the West’s seventh and final postseason berth. They are within reach of multiple teams ahead of them in the standings heading into Sunday night’s match against visiting Real Salt Lake (9-8-7, 34 points).

“I have confidence in the team,” said Sounders coach Brian Schmetzer, whose club won the CONCACAF Champions League this spring, the first MLS team to do so in the competition’s current format.

“They’ve played in many difficult situations. We’ll get through it.”

Sounders forward Raul Ruidiaz scored the winning goal on a second-half penalty kick in the MLS All-Stars’ 2-1 victory against Liga MX on Wednesday. He is finally back at full strength after hamstring injuries have limited him to 11 appearances and seven starts in league play this season.

The Sounders are coming off a draining 2-1 loss last weekend in Atlanta, allowing the deciding goal late in second-half stoppage time. It was their sixth loss in the past nine games.

“There’s not a lot of things I can say that’s going to make them feel any better,” Schmetzer said. “When Raul came on, the team looked dangerous. … There’s a couple of positives that we’re going to try and take from the game, but right now it’s a pretty disappointed group and it’ll be a long trip home.”

Real Salt Lake have won just one of their past eight games (1-4-3) and have yet to beat a Western Conference opponent on the road this season (0-4-4).

“You just have to focus on the next week, the next games coming up. We go on to Seattle, and it’s not an easy game either,” RSL midfielder Jasper Loffelsend said. “We have to break down the game that we have right now and look at the chances we created, look at the goals we conceded to see how we can get better.”