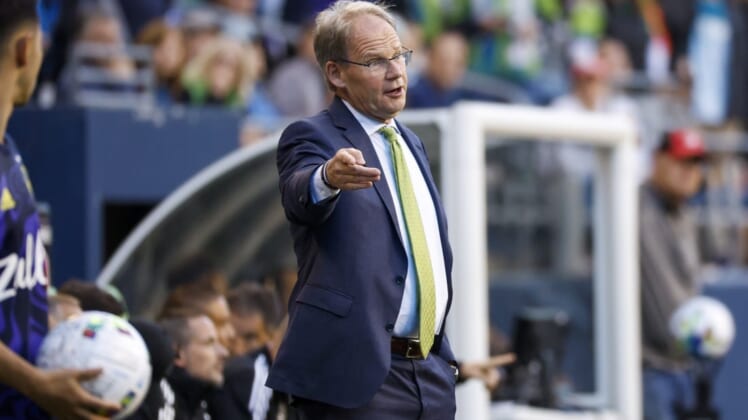 Instead of traveling with the team Tuesday, Seattle Sounders star Raul Ruidiaz was getting an MRI exam on his injured hamstring, and he will miss Wednesday’s match at Nashville SC.

Ruidiaz also will miss Saturday’s road game against the Chicago Fire. The forward initially hurt the hamstring in the second half of a June 14 win over the Vancouver Whitecaps and missed the following four games. He returned for last Saturday’s 3-0 home loss to the Portland Timbers but aggravated the injury in the 81st minute and requested a substitute.

“He was feeling some tightness and wanted to come off,” Seattle coach Brian Schmetzer said of Ruidiaz. “It was the prudent thing to do.”

Ruidiaz, who turns 32 on July 25, was named to his second MLS All-Star Game on Tuesday. He has five goals in nine matches this season.

Sounders forward Jordan Morris also was named to play in the All-Star Game. He shares the team lead of five goals with Ruidiaz.

Nashville also experienced a rough day Saturday as it was trounced 4-1 by Charlotte FC. Midfielder Hany Mukhtar scored on a penalty kick in the 67th minute for the lone Nashville tally. Mukhtar has a team-best 10 goals.

Mukhtar and ace defender Walker Zimmerman were also selected to the MLS All-Star team on Tuesday.

Nashville has just one win over its past five MLS matches, and the loss to Charlotte was not an enjoyable time for Zimmerman.

“The goals (allowed) were sloppy,” Zimmerman said. “It’s not fun to try and dig ourselves out of a hole because you’re obviously pushing forward for more goals to get in the game and then you give up more counterattacks and moments in transition.

“All of this comes down to communication and the quickness to respond to what is being said or not being said and that’s probably more mental than it is physical.”

Nashville defeated the Sounders 1-0 in the season opener for both teams at Seattle on Feb. 27 when midfielder Anibal Godoy scored in the 80th minute. Godoy (thigh) is now among the ailing and will miss his fourth straight match.