Sounders’ 14-match unbeaten streak vs. Whitecaps on the line 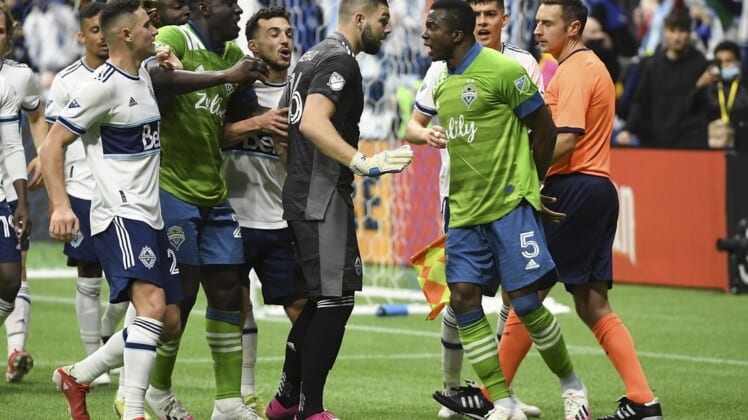 The Seattle Sounders will aim for their fourth win in five matches when they host the Vancouver Whitecaps on Tuesday night.

Seattle (5-6-1, 16 points) is rapidly making up for a slow start in MLS play during a season in which it gained attention for winning the prestigious CONCACAF Champions League title.

The Sounders also will be looking to extend their unbeaten streak against Vancouver to 15 matches. Including the playoffs, Seattle is 9-0-5 since the Whitecaps last prevailed on April 14, 2017.

Sounders coach Brian Schmetzer is looking at midfielder Alex Roldan, who was an All-Star in 2021, to turn his play up a notch.

Roldan has three assists this season and contributed one in each of his last two MLS outings.

“I believe in Alex. I don’t think I have ever criticized him, I’ve pushed him,” Schmetzer said. “But I always thought he has talent and he has some of that Roldan blood in him that he gets after it.”

Alex’s older brother is one of four Sounders away on international duty. Midfielder Cristian Roldan and forward Jordan Morris are with the U.S., while midfielder Albert Rusnak (Slovakia) and defender Xavier Arreaga (Ecuador) are also away.

Morris and forward Raul Ruidiaz both scored goals in Seattle’s most recent game, a 2-1 home win over Charlotte FC on May 29. The duo share the team lead with three goals apiece.

“Let’s be completely honest, we didn’t deserve to win,” Whitecaps coach Vanni Sartini said afterward. “But it’s a testament of how the group is really fighting and working at the moment.”

Vancouver will be without leading scorer Lucas Cavallini as the forward is away with the Canadian national team. Defender Javain Brown (Jamaica) is also on international duty.

This is the first matchup of the season between the two Cascadia Cup rivals.