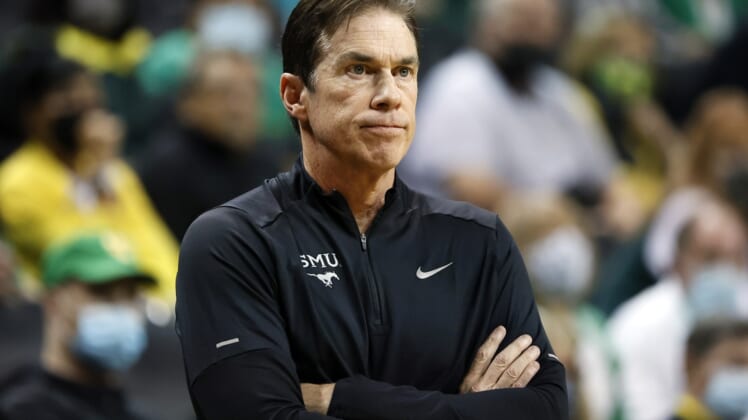 Tim Jankovich retired Tuesday as the men’s basketball coach at SMU, citing a desire to spend more time with his family.

Jankovich, 62, took over the program in July 2016 after four seasons as the Mustangs’ associate head coach under Larry Brown.

He guided SMU to a 24-9 finish this season, which ended with a 75-63 loss to Washington State on Sunday in the second round of the National Invitation Tournament.

Jankovich compiled a 125-64 record at SMU, including a 30-5 season in 2016-17 that saw the Mustangs reach No. 11 in the Associated Press Top 25 and earn their only trip to the NCAA Tournament on his watch.

“It has been an honor and a privilege to have coached at SMU for the past 10 years,” Jankovich said in a news release.

“Basketball has been at the center of my life since the 8th grade, including 39 years in college coaching. I have loved and cherished every minute of it. But with those incredible memories has come tremendous sacrifice. I find myself at a stage in life where I no longer can in good conscience make the necessary sacrifices that this position demands. I feel a strong pull to spend more time with the people whom I have unfortunately neglected the most over the years — my dad, my family and my friends. This is why I have decided to step down and retire from my position as head basketball coach. We have loved our time here at SMU and will cherish our memories forever.”