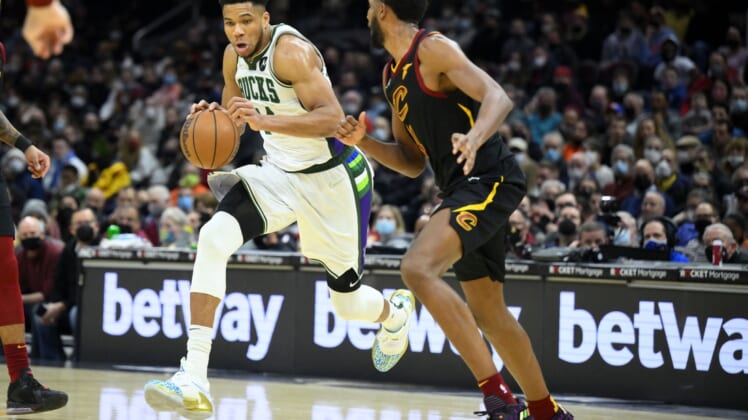 The Cavaliers (43-38) have slipped to eighth in the Eastern Conference with a chance to drop all the way down to No. 10. Cleveland can hold onto eighth place with a win over Milwaukee (51-30).

It’s still possible to move into seventh, which would allow them to host a play-in game against the No. 8 seed. The Cavs would have to defeat the Bucks and hope that Brooklyn loses to Indiana, which has lost eight straight.

If Cleveland drops the finale and both Atlanta (42-39) and Charlotte (42-39) win, it could slip to the 10th spot. The Cavaliers would then have to win two road games in the play-in tournament to grab a playoff spot.

Defending NBA champion Milwaukee, meanwhile, can’t finish lower than No. 3 in the East. A win over Cleveland would wrap up the second seed and a playoff date against a team from the play-in tournament.

It’s not known whether Bucks coach Mike Budenholzer will rest his starters against Cleveland. His team still has something for which to play, especially former MVP Giannis Antetokounmpo. He is averaging 29.9 points per game, trailing league leader Joel Embiid’s 30.4. The Philadelphia center has home games on Saturday and Sunday.

Kareem Abdul-Jabbar is the only Bucks player to average at least 30 points per game for a season. Antetokounmpo needs 35 points against Cleveland to join Abdul-Jabbar.

Antetokounmpo finished with 30 points, 13 rebounds and eight assists in a 131-101 rout of Detroit on Friday.

Antetokounmpo is far from the Bucks’ only offensive threat. Forward Khris Middleton (20.1) and guard Jrue Holliday (18.6) are also dangerous and capable of taking over games.

“That’s a well-oiled machine and they are playing like a championship team,” Detroit coach Dwane Casey said.

Milwaukee, the Central Division champ, likely will be playing without Luca Vildoza, Grayson Allen and George Hill on Sunday. Hill suffered back spasms against the Pistons.

“I liked our focus coming out,” Budenholzer said after the Detroit game. “It’s a back-to-back for us so I think the guys just seemed to lock in right from the beginning and both defensively and offensively, lot of good things.

“Sometimes you have one of those cold stretches where hopefully some good defense and probably a little bit of good luck with some cold shooting. But that kind of set the tone for the rest of the night.”

The Cavs are limping toward the finish line, losing three straight and eight of their last 10.

Rookie big man Evan Mobley returned to the lineup Friday in a 118-107 loss at Brooklyn, contributing 17 points and seven rebounds in his first action since March 28.

“I wasn’t trying to think too much about not playing (in the previous five games),” he said. “I felt pretty comfortable and tried to go with the flow of the game.”

Cleveland is hoping to get All-Star center Jarrett Allen (fractured finger) back for the game.

“We’ll see where the chips fall,” Garland said. “We’re scary with or without him. If we get him back, great. If not, we still have a game to play.”