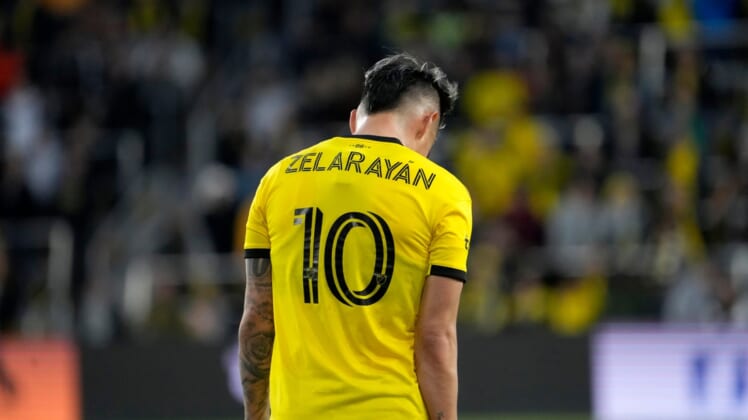 Little has gone right for either the Columbus Crew or Sporting Kansas City, while each club remains optimistic of a turnaround on Saturday when they meet at Kansas City, Kan.

Sporting Kansas City (2-6-0, 6 points) are tied for their third fewest points through eight games in franchise history dating to the inaugural season of MLS in 1996.

“We have to turn it around and the good thing is we’ve got two home games coming up,” said Sporting Kansas City captain Johnny Russell, who is questionable due to a calf injury. “So, we need to go and take the first one. We have to go out there with everything we’ve got, fight for everything and come out with three points. No other result is good enough for us.

“The guys’ mentality is to go out there and win every game. It’s not happening right now but we don’t have guys who are going to sink under pressure.”

Not only have the Crew (2-3-2, 8 points) lost three straight – all by shutouts – they may be without leading scorer Lucas Zelarayan (right knee). He has scored four of the team’s 10 goals, with two assists.

“Maybe I’m being naive, but I do believe we’re a great team, if not one of the best teams, so I keep that mindset, believe in myself, believe in my teammates, and I’m going to continue to do what I can do,” Crew midfielder Darlington Nagbe said.

The Crew never have lost four consecutive games by shutout.

The 2022 disappointment has not been limited to MLS play. Columbus, with a mostly reserve lineup in a U.S. Open Cup game Tuesday, lost 2-1 at Detroit City FC of the USL Championship, a level below MLS.

“To me, it’s a lesson,” Crew defender Josh Williams said. “If you’re not ready, if you don’t prepare properly, if you don’t respect the opponent enough, you get embarrassed. That’s exactly what happened. … This one’s going to sting a little while.”