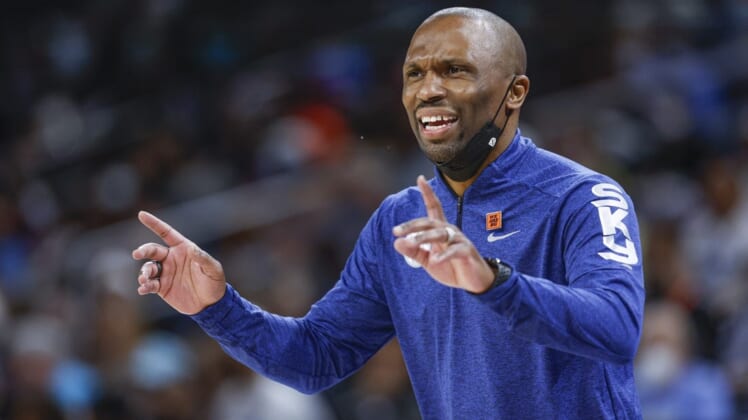 James Wade, the general manager and head coach of the Chicago Sky, won 2022 WNBA Basketball Executive of the Year honors on Monday.

Wade, 47, was honored for his work off the court as general manager and claimed the award as the league’s top basketball executive for the first time.

Padover was honored the past two seasons for his work with the Las Vegas Aces.

This season, the defending WNBA champion Sky posted the highest winning percentage in franchise history (.722) and were tied for the best record in the league with the Aces at 26-10.

With Candace Parker as the only returning starater signed for 2022, Wade was able to keep his team together by re-signing 2021 WNBA Finals MVP Kahleah Copper, six-time league assists leader Courtney Vandersloot and Allie Quigley, twice named the Sixth Player of the Year..

Wade is the first member of the Chicago Sky to win the award since its inception in 2017.