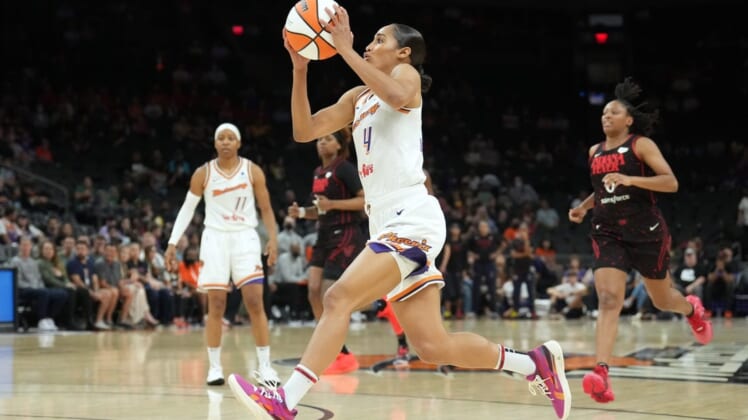 Phoenix Mercury All-Star Skylar Diggins-Smith had an interesting reaction to comments that first-year coach Vanessa Nygaard made about the WNBA All-Star reserve selections.

Longtime Mercury star Diana Taurasi was omitted from the roster, and Nygaard was critical of the snub.

“I reiterate that she should be an All-Star and that there will be a game in Chicago, but it will not be an All-Star Game because Diana Taurasi’s not playing,” Nygaard said during media availability on Thursday.

Diggins-Smith didn’t seem to like hearing the discrediting of the All-Star Game as she responded with a clown emoji.

It has been a rough season for the Mercury (9-12), partially due to star center Brittney Griner being held in Russia.

Earlier this season, Diggins-Smith and Taurasi had to be restrained by teammates during a game against the Las Vegas Aces after they exchanged words on the bench during a game.

Then after the first half ended in a recent game against the Dallas Wings, Diggins-Smith and Nygaard were walking off the floor when words were exchanged. Diggins-Smith exploded with profanities at the coach.

The 31-year-old Diggins-Smith was selected to play in the All-Star Game for the sixth time. She is averaging 18.7 points, 5.2 assists and 3.8 rebounds in 19 games.

Diggins-Smith is in her third season with the Mercury.