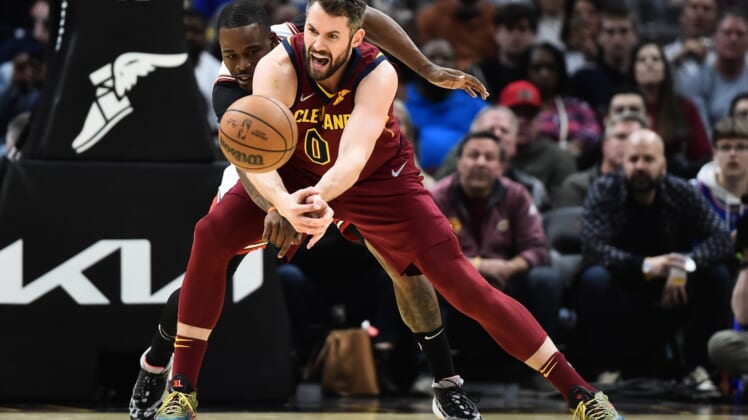 Perhaps the Orlando Magic are just what the doctor ordered for the Cleveland Cavaliers.

The Cavaliers (41-33), who are in seventh place in the Eastern Conference, are limping toward the finish line of the 2021-22 regular season. They have lost three in a row and six of their last nine.

Cleveland failed to capitalize on a chance to climb up to the fifth spot and instead slumped to seventh, which leaves it in the play-in tournament. The Cavaliers stumbled in their last two games to the teams with whom they are battling for position, No. 5 Chicago (43-31) and No. 6 Toronto (42-32).

Cleveland fell behind by 19 points on Saturday and rallied to within three in the late going before losing 98-94 to the Bulls.

The Cavaliers host the Magic (20-55) on Monday with a chance to get back on track.

Orlando is tied with Houston for the worst record in the NBA heading into Sunday’s games. The Magic have lost two in a row and five of their last seven games.

The Cavaliers have eight games remaining in the regular season.

“No matter where we finish in the standings, I know our guys will compete,” Cleveland coach J.B. Bickerstaff said.

Competing has not been the problem, especially on Saturday. Execution has been the culprit.

The Cavaliers made 1 of 18 3-point shots in the first half and finished with a season-low 35 points overall.

“We put ourselves in such a hole in the first half, we had to be near perfect in the second half,” Bickerstaff said.

Bickerstaff said he was a bit concerned that the Cavaliers didn’t make a stand and say “enough is enough” in the first half and begin to fight back. That didn’t happen until the second half, when they outscored the Bulls, 59-45.

The Magic have to be kicking themselves after coughing up a potential victory on Saturday. They led by seven with a little over a minute left in regulation and lost 114-110 in overtime to the Sacramento Kings.

Franz Wagner recorded 19 points and nine rebounds and Mo Bamba had 18 and 13, respectively. Markelle Fultz had 16 points in the loss.

Fultz, the No. 1 pick in the 2017 draft by Philadelphia, is just getting back on the court after missing the majority of the season recovering from a torn ACL.

“My mindset was to be aggressive and trying to make plays for my teammates,” he said.

Fultz told his teammates to “have their hands ready” for potential passes.

“This process (of getting back on the court) has been a blessing. My rhythm is getting better game by game.”

Magic guard Cole Anthony is the team’s leading scorer at 16.9 points per game. He also averages 5.5 rebounds and 5.9 assists.

All-Star center Jarrett Allen (fractured finger) remains out for Cleveland. His post defense and rebounding have been sorely missed.