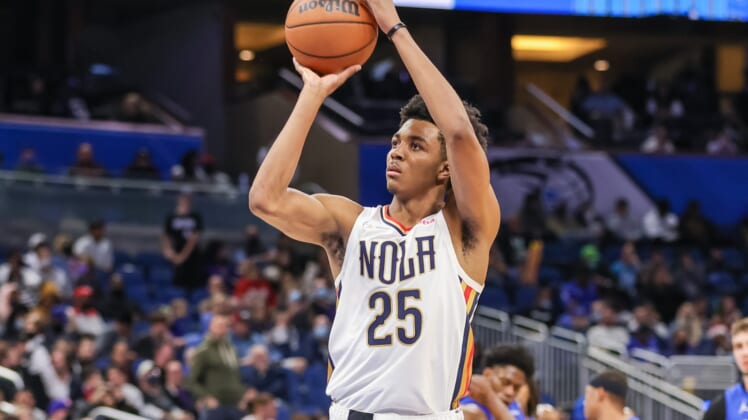 The Houston Rockets and the Pelicans both are struggling as they prepare to meet Sunday night in New Orleans.

The Rockets have the worst record in the NBA and have lost 14 of their past 16 games, though the two wins have come in the past four games.

The Pelicans are short-handed and have lost four games in a row. Brandon Ingram (22.8 points per game) has missed the past three games because of a strained hamstring and will be evaluated next week.

CJ McCollum missed a 142-120 home loss to Charlotte on Friday, one day after he entered the NBA’s health and safety protocol. It’s uncertain when he will return.

“I’m telling (the Pelicans) that this is an opportunity for all of us,” New Orleans coach Willie Green said. “That’s what the NBA is about. If somebody goes down, it’s an opportunity for our guys to collectively come together and continue to work and go out and try to attack teams.”

Rookie first-round draft choice Trey Murphy III took advantage of his opportunity against the Hornets. Murphy, who has been bouncing back and forth between the Pelicans and the Birmingham affiliate of the G League, hadn’t scored more than 12 points in an NBA game before Friday.

But he had 32 points against Charlotte, making 12 of 20 shots from the floor, including 7 of 12 3-pointers. He added nine rebounds.

“(Green) has always told me that I’m a big part of this team, no matter if I’m not playing, not playing a lot or playing in Birmingham,” Murphy said. “He just wants me to stay ready, and he believes in me.”

But New Orleans has allowed an average of 130 points during its losing streak. The streak started with an overtime loss at Denver, but the average is still 126.5 points allowed just in regulation.

The Rockets trailed Dallas by 24 points at the end of three quarters before making the final score more respectable in a 113-100 loss Friday night.

“You’ve got to eventually stop the bleeding and have pride and keep playing until the clock strikes zero,” said Josh Christopher, who scored 17 points for the Rockets. “We’ve just got to continue to fight and that’s got to be our motto.”

Houston also was short-handed as leading scorer Christian Wood (17.9 points) missed a third consecutive game because of an illness and Jae’Sean Tate, another double-figure scorer (12.3), missed his second straight game because of a sore left ankle.

Rookie first-round pick Jalen Green scored 11 points against the Mavericks, two nights after scoring a season-high 32 in an overtime win against the Lakers. Bruno Fernando came off the bench to get a career-high 16 points and 11 rebounds against Dallas.

But, just like the Pelicans, the Rockets were too far behind to catch up by the time the fourth quarter began.

“They were just hungrier than us tonight,” Christopher said of the Mavericks. “They just played harder than us.”

New Orleans has won two of three games against Houston this season.