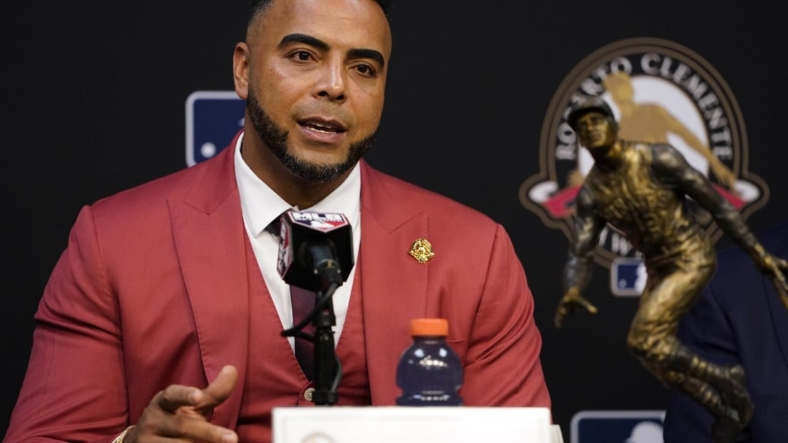 The 30 players nominated Thursday for the 2022 Roberto Clemente Award include 16 first-time selections.

The prestigious award is given annually to the player who best represents the game “through extraordinary character, community involvement, philanthropy and positive contributions, both on and off the field.”

This year marks the 50th anniversary of the death of Clemente, who died Dec. 31, 1972 in a plane crash as he was making his way to Nicaragua to deliver aid to earthquake victims. He was 38.

Nelson Cruz won the award last season. The honor is presented every year during the World Series.

Clemente was the 1966 National League Most Valuable Player, a two-time World Series champion, 12-time Gold Glove winner and 15-time All-Star. His final hit of the 1972 season was the 3,000th of his career.

Clemente was posthumously enshrined in 1973 in the National Baseball Hall of Fame in Cooperstown, N.Y., via a special election.