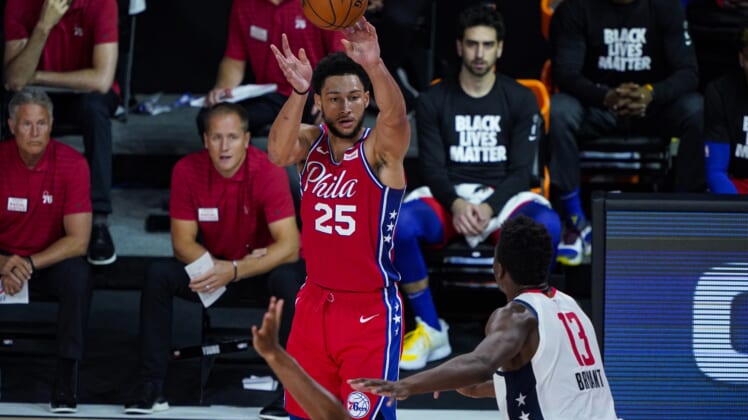 It’s not yet known whether Philadelphia 76ers star forward Ben Simmons will return to the court this season after suffering a dislocated left kneecap during a game against the Washington Wizards.

The same report from Shams Charania of The Athletic notes that Simmons will leave the bubble in Orlando to undergo the procedure.

What does Simmons’ injury mean for Philadelphia?

Typically, a player can return from said injury within a few weeks. Kansas City Chiefs quarterback Patrick Mahomes famously suited up less than a month after completely dislocating his kneecap during a game last season. Simmons’ dislocation is of the partial variety.

Though, the stress put on the knee in the NBA is much different than playing quarterback in the NFL. Given the surgery, Simmons is looking at at least a month recovery time. This makes it unlikely he’ll return unless Philadelphia makes a deep run in the playoffs.

Philadelphia is currently 42-27 and tied with the Indiana Pacers for the fifth seed in the Eastern Conference Playoffs. It has four regular-season games remaining, including an outing against the Portland Trail Blazers on Sunday.