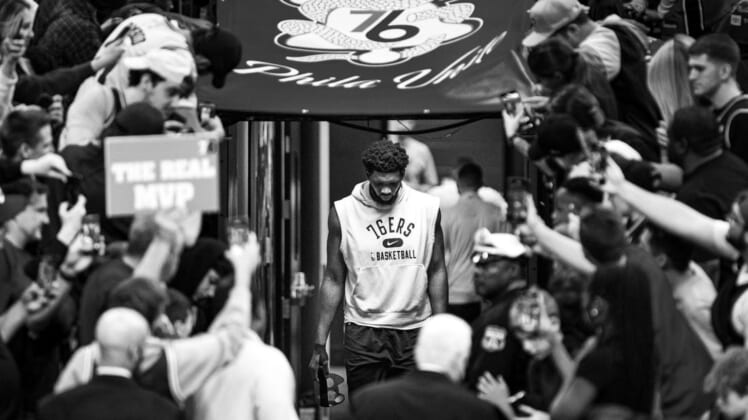 The Philadelphia 76ers announced a proposal Thursday to build a privately funded arena in the downtown area, intended to be complete by the time the Sixers’ lease expires at the Wells Fargo Center in 2031.

“We’re committed to building a world-class home in the heart of the city and creating a privately-funded arena that strengthens ties within the local community,” said Josh Harris, the Sixers’ managing partner.

The proposal places the $1.3 billion arena at 10th and Market Streets in Center City. It would require at least a partial demolition of the Fashion District shopping center that exists in that location now.

The proposed location is above a key public transit hub, a considerable change from the location of the Sixers’ current home, which is toward the outskirts of downtown.

At 18,000 seats, the capacity of the arena would shrink by about 2,000 compared to the Wells Fargo Center.

The project is a joint venture between the Sixers, the Fashion District shopping center’s California-based operator Macerich, and Philadelphia real estate magnate David Adelman, the owner of Campus Apartments.

“We are going to have our own Madison Square Garden,” Adelman told The Philadelphia Inquirer before Thursday’s announcement, but newer, with a “world-class team in a new shiny arena.”