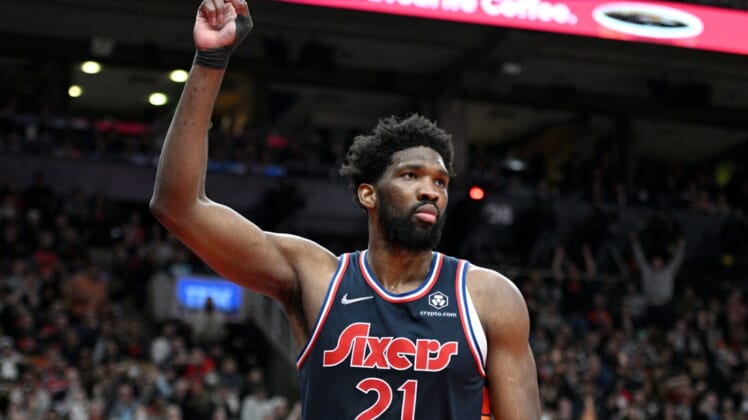 He is still officially listed as out for Game 3 of the Eastern Conference semifinals against the Miami Heat on Friday night in Philadelphia, but his status could be upgraded. The Sixers trail 2-0 in the best-of-seven series.

Embiid, who did not travel to Miami for the first two games, is still dealing with a fractured right orbital bone and a torn ligament in his right thumb.

Embiid’s head injuries resulted from a play with 3:58 left in the 76ers’ clinching Game 6 victory against the Toronto Raptors on April 28. Philadelphia led 119-90 when Toronto’s Pascal Siakam caught Embiid in the face with an elbow on a drive to the basket.

A five-time All-Star, Embiid won the NBA scoring title this season with 30.6 points to go with 11.7 rebounds and 4.2 assists per game. He averaged 26.2 points and 11.3 rebounds in the first-round series against Toronto.