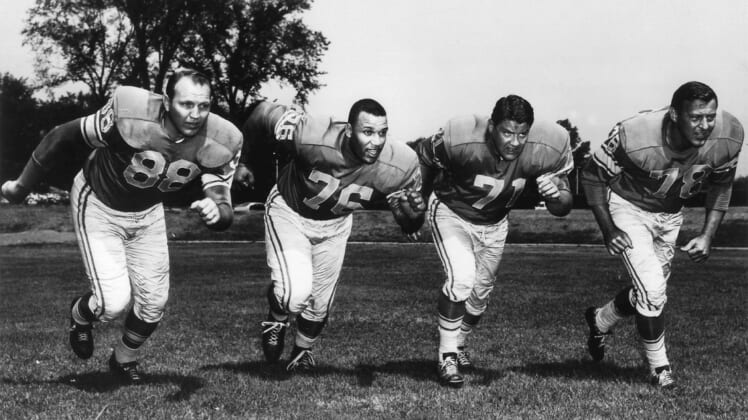 His cause of death was not announced.

Brown, born in Virginia, played collegiately at Maryland-Eastern Shore before being drafted by the Detroit Lions in the fourth round of the 1960 draft. He played seven seasons with the Lions (1960-66), followed by three with the Los Angeles Rams (1967-69).

“Roger Brown will always hold a special place in our team’s history,” Lions owner Sheila Ford Hamp said in a statement. “A member of the Lions’ esteemed ‘Fearsome Foursome’ of the 1960s with Alex Karras, Darris McCord and Sam Williams, Roger’s career accomplishments solidify his legacy alongside some of the all-time greats of our game.”

In 1962, Brown sacked Hall of Fame quarterback Bart Starr seven times in a Thanksgiving Day game against the Green Bay Packers. That day, the team set a franchise-record 11 sacks.

With the Rams, Brown was part of another elite line as he played alongside Deacon Jones, Merlin Olsen and Lamar Lundy. He retired following the 1969 season.

Brown was inducted into the College Football Hall of Fame in 2009.

Upon his retirement, he returned to Virginia and entered the restaurant business. He was the co-owner of the popular Roger Brown’s Restaurant and Sports Bar in Portsmouth, Va.