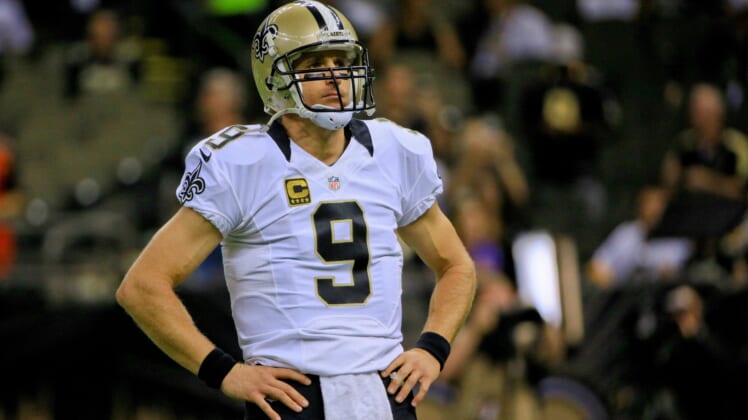 Four more weekends of games. That’s all that’s left for the NFL regular season starting with Week 14, which features some monster games with playoff implications. Looking at the slate of games on Sunday, there are clearly some playoff contenders on upset alert as the playoff picture is hashed out on the gridiron.

These are the teams that need to figure some things out to avoid being upset in NFL Week 14.

Sure, the Ravens have ripped off eight straight wins and just knocked off the San Francisco 49ers in epic style. But, the Bills have the kind of makeup on defense to do what San Francisco did against Lamar Jackson. Furthermore, quarterback Josh Allen is playing outstanding football in his second season.

This game will tell us plenty about Buffalo, which has lost just three times this year and could potentially knock the New England Patriots off their AFC East throne in the next few weeks. If Allen continues to take care of the football and Buffalo’s third-ranked defense continues to dominate upfront, this could be a huge stepping stone for Allen and Co.

The only consistent thing about the Browns this year is that you can bank on a few positives being outweighed by a bunch of negative stuff. Every step forward is followed by two steps backward.

With the Red Rifle, Andy Dalton, back under center, Cincinnati won its first game of the season in blowout fashion over the New York Jets last week. Meanwhile, the Browns are limping into Week 14 after been embarrassed by the Devlin Hodges-led Pittsburgh Steelers.

We’re not convinced the Browns have what it takes to bounce back from that loss. Instead, a loss to the Bengals seems like the poetic way to doom this disappointing team’s playoff aspirations.

There are two key reasons to believe the Bucs are on upset alert in Week 14.

The No. 20 represents the first reason: Jameis Winston has thrown 20 picks this season to lead the league by a wide margin. When he doesn’t sink the offense with turnovers, Tampa Bay has a shot in almost every game. While he’s coming off a zero-interception game, recent history suggests that it will be followed by a turnover-filled Sunday.

The second reason to buy the Colts as road dogs in Sunday’s game is that star running back Marlon Mack is back in action. He’s a stabilizing force in Indy’s offense, which is predicated on running the ball effectively, that can lead this team to victory.

Have you seen the Chargers play recently? This is a team that specializes in losing games in the most agonizing ways possible. And with Philip Rivers looking like he took quarterback lessons from Jameis Winston this season, every defense has a chance to find success playing against Los Angeles.

On the other side, Jacksonville finally went back to rookie Gardner Minshew, who has outplayed high-priced free agent Nick Foles by a wide margin this season. Look for the Jaguars to rediscover their offensive flair on Sunday at home as they knock off the Chargers.

The Saints are on a nice winning streak, having won their last three games, and nine out of their previous 10. However, the recent loss came to the Atlanta Falcons, who utilized a ferocious pass rush to disrupt New Orleans’ offense. No team in the NFL can consistently wreck offensive lines like the 49ers do. With that in mind, we’re expecting the Saints to have a rough outing offensively.

So, as long as Jimmy Garoppolo continues to take care of the football (no interceptions the past two games), the 49ers run game should pound the Saints into submission while their defense puts Drew Brees and Co. to sleep.

Now, here’s an interesting stat: The Patriots haven’t lost a home game in over a decade (going 42-0) when both Julian Edelman and Tom Brady have played. So, what makes us think the Pats will finally lose on Sunday night against Kansas City?

Quite simply, the Patriots offense is on life support right now, and it’s facing a suddenly wide-awake Chiefs defense that allowed just 26 points in the past two weeks — including a stunning shut-down performance against the previously-hot Oakland Raiders.

Now, the Patriots’ No. 2-ranked defense will have something to say about the outcome Sunday. But, even if it does an outstanding job, something tells us Patrick Mahomes will do enough to lead the Chiefs to victory.