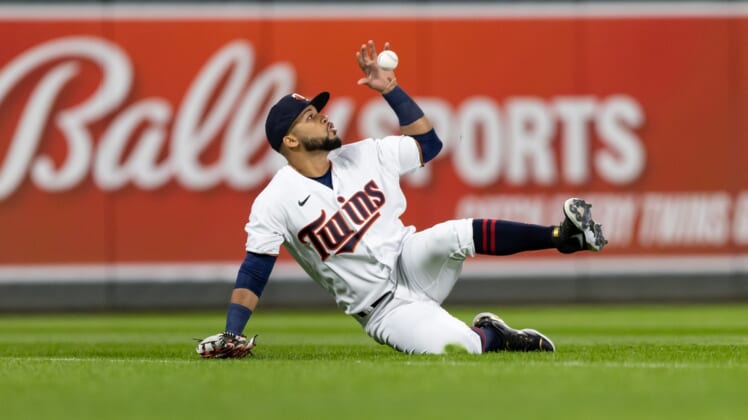 The four-hour game was stretched even longer by an 88-minute rain delay.

The game was tied 1-1 entering the eighth inning when Los Angeles’ Mookie Betts drew a leadoff walk from Emilio Pagan (0-1). Caleb Thielbar took over on the mound and walked Freddie Freeman before Turner singled to put the Dodgers in front.

Justin Turner added an RBI single, Will Smith had a two-run double an error scored another run and Gavin Lux capped the rally with a run-scoring single.

Daniel Hudson (1-0) threw one scoreless inning for the win.

Dodgers starter Andrew Heaney gave up one run, which was unearned, on three hits in 4 1/3 innings. He struck out five without issuing a walk.

Twins starter Chris Archer exited after four scoreless inning. He allowed two hits and no walks while striking out three.

Freeman and Lux each had a single and a double as part of Los Angeles’ eight hits, while Carlos Correa had two doubles to lead Minnesota’s five-hit attack.

The teams conclude the two-game interleague series with a day game on Wednesday.