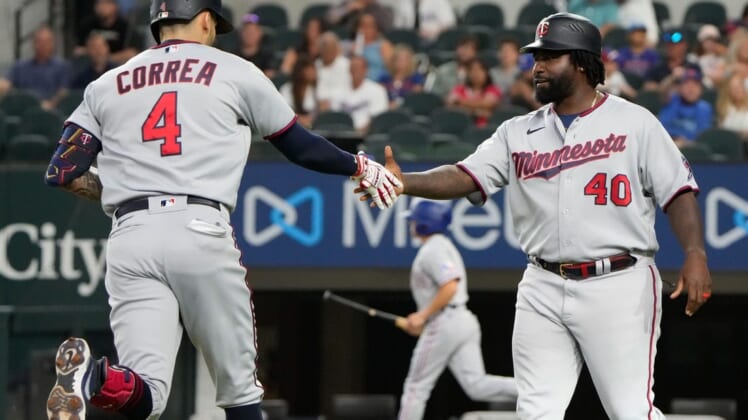 Corey Seager’s three-run home run highlighted a six-run fifth inning that propelled the Texas Rangers to a 6-5 comeback victory over the Minnesota Twins on Friday in Arlington, Texas.

The Rangers rallied from three runs down with their big fifth inning off Twins right-hander Sonny Gray. Seager’s blast snapped a 3-3 tie.

Carlos Correa and Ryan Jeffers homered for the Twins.

Jon Gray (5-4) picked up the win, while Sonny Gray (4-2) took the loss. Brett Martin tossed a perfect ninth inning for his first career save as Texas improved to 5-17 in one-run games.

In the decisive fifth inning, Sonny Gray loaded the bases on two singles and a walk, then hit Mitch Garver with a pitch, forcing in Texas’ first run. Leody Taveras lifted a sacrifice fly to center, and Josh H. Smith lined an RBI single to center, tying the score.

With two outs, left-hander Caleb Thielbar was brought in to face the left-handed-hitting Seager with two on base. Seager blasted his 17th homer of the season, his 11th at home.

Sonny Gray was charged with five runs on four hits and two walks in 4 2/3 innings. He didn’t record a strikeout.

Jon Gray was lifted after surrendering a two-run home run to Jeffers with one out in the sixth. The right-hander was charged with five runs (three earned) on nine hits and one walk. He fanned eight.

Jon Gray entered play Friday night with a 2.70 ERA in his past seven starts, but two batters into the first inning, he found himself down by two runs.

Luis Arraez reached on first baseman Nathaniel Lowe’s error, and Correa followed with a two-run homer. Correa was in a 0-for-14 rut before connecting on his 10th of the season.

A couple fielding miscues led to another Minnesota run in the third inning. Byron Buxton reached on Seager’s error at shortstop. Buxton was able to advance from first to third on catcher Jonah Heim’s throwing error on a pickoff attempt, and Max Kepler brought Buxton home with an RBI single to left.