Six NFL records most likely to be broken during 2019 season 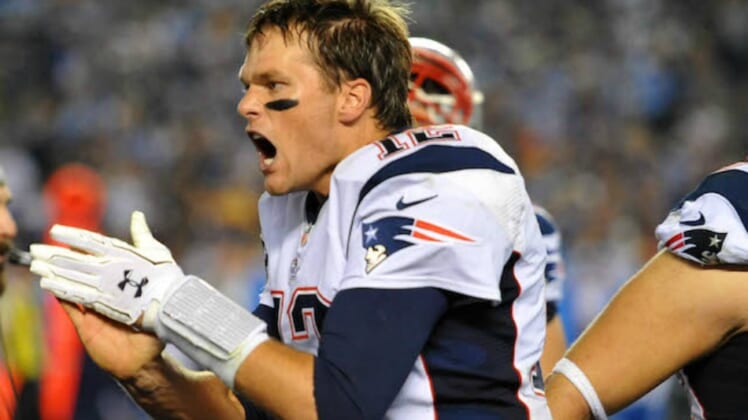 With that in mind, we’re focusing on the NFL records most likely to be broken during the coming campaign.

In 19 seasons, Tom Brady has received 14 Pro Bowl invitations. He is currently tied with four others — Merlin Olson, Bruce Matthews, Peyton Manning, and Tony Gonzalez — atop the career leaderboard.

Given the fact that Brady is coming off a stellar age-41 season (4,355 yards passing with 29 touchdowns) and that he is still one of the most popular players in the league, a 15th invitation is almost a given. With that, he’ll stand alone at the top of the prestigious list.

Single-season rushing yards by a quarterback

Michael Vick has held this record since the 2006 season when he rushed for 1,039 yards. The previous record had been set way back in 1972 by Chicago Bears quarterback Bobby Douglass. It could be time for Vick’s record to fall, because second-year quarterback Lamar Jackson has a penchant for taking off and making spectacular plays with his legs.

Last season, Jackson rushed for 695 yards and five touchdowns. If you only count his seven starts, he had 556 yards rushing. Extrapolate those numbers out (79.4 yards per game) and you’re looking at a 1,270-yard 16-game season. Even if Jackson isn’t running quite as much in 2019 as he did during his rookie season, he has a good shot at breaking Vick’s record.

Last season, two players — George Kittle of the San Francisco 49ers and Travis Kelce of the Kansas City Chiefs — broke the all-time single-season receiving yards mark by an NFL tight end, which had previously been set by Rob Gronkowski in 2011. On the same day, in fact, Kelce broke Gronk’s record, and then Kittle one-upped him with a huge day for the 49ers.

Both Kelce and Kittle are ascending players who are playing with quarterbacks who look to distribute the ball liberally to their playmaking tight ends. Kittle’s record of 1,377 yards could easily fall in 2019, and nobody should be surprised if the underpaid 49ers star is the one to break it.

Single-season sacks by an individual

Michael Strahan still holds the single-season sacks record (22.5), which he set in 2001 with a little help (okay it was a lot) from Brett Favre.

Since then, others have come extremely close to breaking it. In fact, five players have racked up 20 or more sacks in the past 11 seasons. Aaron Donald had 20.5 just a season ago, and in this age of pass-rushing prowess someone is bound to finally knock Strahan off his pedestal.

Drew Brees smashed his own NFL record last season completing an absurd 74.4 percent of his passes during the 2018 season. It’s a record that has been broken the past three seasons running, with Sam Bradford breaking Brees’ record in 2016, then Brees reclaiming it in 2017 before once more setting a new high mark last year.

It’s worth pointing out that Brees has four of the top-five marks in NFL history. So if anyone is going to set this record once more in 2019, it’ll probably be him.

Tom Brady is just 22 away from tying Manning, with 517 career touchdown passes. He has thrown no less than 28 touchdowns since his injury-shortened 2008 season, so it’s almost a lock he will eclipse Manning’s record.

But will he hold the record when the season ends?

Drew Brees will have something to say about that. With three more career touchdowns (520) than Brady he will almost certainly break Manning’s record and has a shot to stay ahead of the Patriots legend with another rock-solid 2019 season.